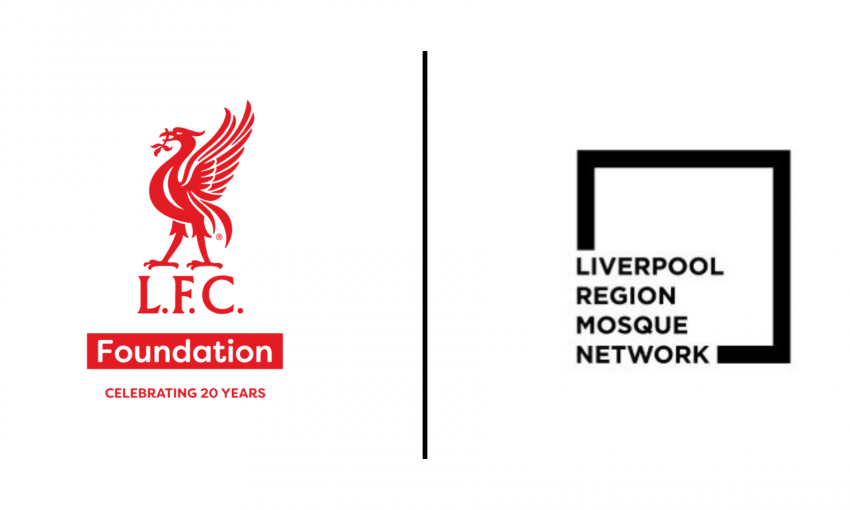 With Christmas approaching during the squeeze of the cost of living crisis, Liverpool’s faith, sporting, business and community organisations are joining forces once again to lift people’s spirits, providing essential supplies and gifts to the city’s most needy.

As energy and food prices spiral, people in Liverpool are turning to food and warm banks at an increasing rate. As part of a community-led response, Liverpool Region Mosque Network (LRMNet) is collaborating with LFC Foundation on LFC Operation Christmas Magic for the second year. LRMNet is a local charity established in 2019 and has been at the forefront of supporting people from all walks of life, through food packages and emergency supplies. LRMNet recently won the Community Event of the Year at the Echo Awards 2022 for Taste Ramadan on the Pier Head.

Tawhid Islam, LRMNet trustee, local businessman and driving force behind the collaboration with LFC Operation Christmas Magic, explained why they were doing it and how it will work: “The city has taken such a big hit during cost of living crisis and prior to that through the pandemic. With Christmas around the corner, we wanted to join hands again with LFC Foundation and this year with G&S Transport Ltd, to play our part. On the 21-23 December, we hope to reach 575 vulnerable families across the Liverpool City Region by distributing hampers via primary schools, similar to how we did last year. We cannot stand by and watch our communities suffer and go hungry so we’ve pooled together to do this project even bigger this year given that sadly the need is greater. We reached 2000 people last year and we want to help more this time around”

With the cost of essential food items skyrocketing, LFC Operation Christmas Magic is working alongside food campaigning charity, Fans Supporting Foodbanks (FSF), to support families struggling this Christmas. FSF founder Ian Byrne MP said: “We are delighted to be working with the fantastic people from the Liverpool Region Mosque Network this festive period. The donations they are bringing to the pantry in West Derby on the 23rd show exactly what makes this city so special. In times of need, we come together to help each other.  With so many struggling to put a meal on the table, their continued support for a Right To Food and a fair society is so important.”

The primary schools participating in LFC Operation Christmas magic are those with more than 50% of pupils on free school meals and they will receive 2 weeks’ worth of provisions. Director of Education, Liverpool City Council, Johnathan Jones was pleased for schools to be participating in LFC Operation Christmas Magic: “I am most grateful to the Liverpool Region Mosque Network who will be providing hundreds of hampers of sufficient food for two weeks and toys for children to schools across the city. Such a gesture of kindness will bring assistance to many in a time of hardship.”

LFC Operation Christmas Magic has grown since 2021, this year with three Catholic primary schools joining in 2022. The hampers contain toys to bring a smile to children’s faces this Christmas. Joan McCarthy, Director of Education at the Archdiocese of Liverpool said: “We are absolutely thrilled that the Liverpool Region Mosque Network will be bringing some Christmas cheer to three of our schools. This Christmas will be particularly tough for lots of families in the region and to give children a gift that will bring a smile to their face and take the pressure off many struggling parents, is a wonderful gesture.”

With the disruption to postal services in the run up to Christmas, storing and delivering 575 hampers in time is a major logistical challenge. LRMNet sourced a local logistics firm, G&S Transport (Merseyside) Ltd, to partner with them on LFC Operation Christmas Magic. Ann-Louise Gilmore, Managing Director of G&S Transport Ltd said: “At this special time of year, we feel that nobody should be in a situation where they have to choose between heating, food and gifts; that’s why this year we jumped at the opportunity to get involved in Operation Christmas Magic when Tawhid got in touch. We’re so happy to deliver presents and supplies to needy families to offer them some Christmas cheer.”