Next generation of Reds fans tackle recycling and become sustainability stewards through partnership between SC Johnson, Liverpool FC and the LFC Foundation 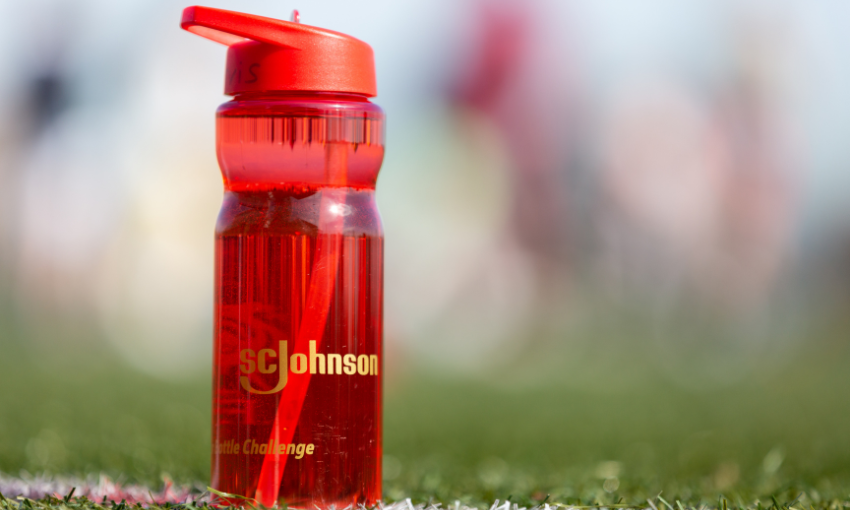 Starting during World Earth Month (April 2022) and continuing into Big Red Summer, SC Johnson, Liverpool FC, and the Liverpool FC Foundation are partnering to raise awareness on the importance of improving sustainability practices, particularly how to reduce, reuse and recycle plastic waste.

At the heart of the effort is the idea that we all make a difference through everyday actions, which only happens by keeping focused to develop good habits. For that reason, SC Johnson, Liverpool FC, and the Liverpool FC Foundation started the partnership by asking fans, young and old, to ‘Don’t Lose Your Bottle’ during World Earth Month when it comes to reducing, reusing, and recycling daily habits that make a big environmental difference.

To kick off the campaign, leading Liverpool FC players Trent Alexander-Arnold, Adrián and Divock Origi discussed what ‘Don’t Lose Your Bottle’ means to them in a footballing sense. Through this insightful piece of video content, fans are reminded of the impact single-use plastic has on our planet, as they hear first-hand from their footballing heroes.

The month of activities followed with a series of educational initiatives, where SC Johnson worked closely with the club and the LFC Foundation. Throughout April, SC Johnson worked with 19 Merseyside schools, donating over 5000 reusable drinking bottles to school pupils who volunteered to take the ‘Don’t Lose Your Bottle Challenge’.

LFC legends John Barnes and Dirk Kuyt were also part of the activities. Dirk joined the LFC Foundation during their Easter Sports Camp to play a part in the ‘Don’t Lose Your Bottle’ campaign. The challenge set was for the sports camp attendees to reuse their LFC branded bottle, helping to reduce single plastic waste.  They also learnt more about simple steps on recycling at home. At the end of the day, the names of six children were drawn from all participants to receive match tickets from them and an adult to the derby match vs Everton that weekend.

As a final step, John Barnes attended a school assembly to award pupils involved in the challenge with LFC merchandise.

“SC Johnson is thrilled to see the Don’t Lose Your Bottle campaign with Liverpool Football Club and the LFC Foundation come to life and to promote good recycling habits both at Anfield and in the local community. We pleased to see this continuing during the organisation’s Big Red Summer campaign also. We are committed to creating a more sustainable world for future generations and developing good habits today can result in significant change both for the Liverpool community and the planet.”

“Through LFC’s The Red Way, we are committed to creating a better future for our communities, our people, and our planet. Education plays a huge part in this, so it’s great to have worked with SC Johnson during World Earth Month, and beyond, to deliver educational sessions on recycling.”

Also, as part of the activity SC Johnson ramped up recycling awareness on match days by encouraging fans to upcycle matchday plastic waste.