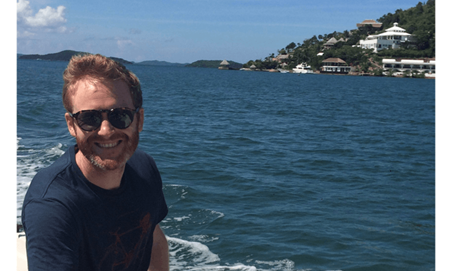 The Reds official charity, LFC Foundation, is backing the University of Liverpool’s fundraising campaign to support research into a pioneering new treatment for Glioblastoma, the most common type of brain cancer.

In memory of Kevin O’Riordan, a huge LFC supporter and former colleague of the club, funds from the campaign will support the creation of a PhD post to be named in his memory and crucial research into immunotherapy, a ground-breaking new treatment for Glioblastoma.

Kevin joined the Club in 2009 working his way up to Head of Partnerships before his departure five years later.
In 2019, six weeks after his 40th birthday, Kevin was diagnosed with brain cancer. 15 months later surrounded by his wife Maria and family, he sadly passed away at just 41. Maria has kindly shared her story as part of the fundraising campaign and hopes her experience will help other families going through a similar situation.

LFC Foundation currently work with The University of Liverpool supporting young people into higher education and further education but were keen to get behind this campaign in memory of Kevin and to support this important research. 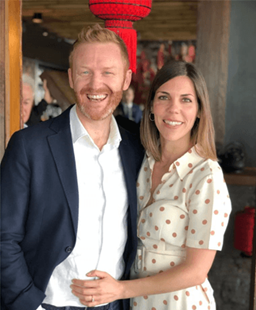 Billy Hogan, CEO of Liverpool FC said: “I was incredibly saddened by the untimely loss of Kevin. Kevin was a passionate person and absolutely loved Liverpool FC not only as an employee but as a supporter. Although he was very sick at the time, he sent me a voice message after we won the Champions League – of course he congratulated the club, but he made special mention of his former colleagues who work so hard behind the scenes to help the Club move forward. It was a pleasure to work with someone who genuinely cared so much.

“We are proud to support The University of Liverpool’s research project. Not only does our involvement help keep Kevin in our memories, but it helps raise awareness of the research into finding a cure for this terrible disease. This is our opportunity to make a difference to future lives and show that our family members truly never Walk Alone.”

Dr Rasheed Zakaria, Consultant Neurosurgeon, The Walton Centre NHS Foundation Trust said “This research will help to identify the immune system factors that contribute to longer survival rates in patients and may identify new ways to treat glioblastoma in the future. Brain cancer is the biggest cancer killer of children and adults under 40 in the UK, yet treatment has not changed for decades.

“The LFC Foundation’s support in raising awareness for Glioblastoma (Brain Cancer) Fund is fantastic and we know Maria is delighted with how the Club have got behind this campaign.”

As part of fundraising efforts Kevin’s friends from his hometown in Ireland are organising a friendly football match - the Skip Cup. The winning team, Kevin’s family and Liverpool University research leaders will be invited as guests of the LFC Foundation at their upcoming Liverpool FC v Manchester United Legends game.

Staff at the Club are also getting involved with Seven4Kevin, raising funds by retracing the 7,000 miles which make up key milestones in Kevin’s life.

Fans can show their support by donating to the fundraising page here.

For more information about the Glioblastoma Fund and Kevin’s story, please click here.