The LFC Foundation and LFC Women are proud to support the #TakeAStand campaign. 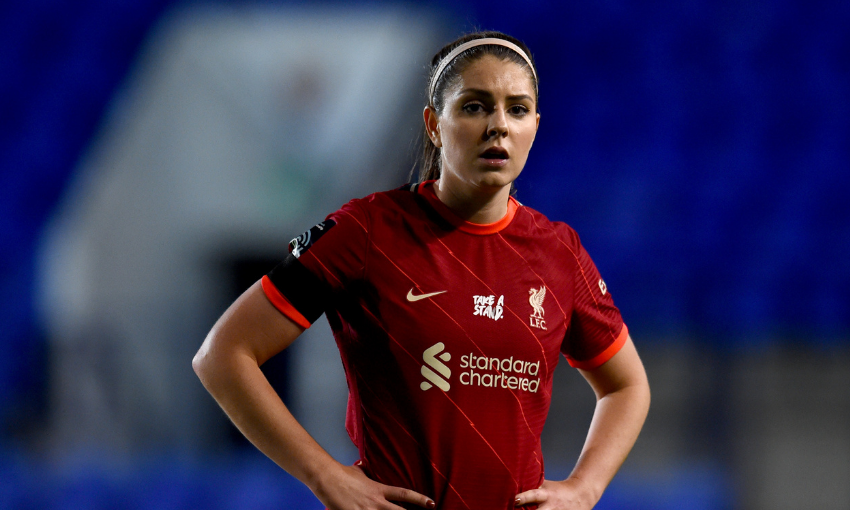 Launched by The FA and Kick It Out, #TakeAStand is a campaign dedicated to delivering a game of football that is free from all forms of discrimination

This campaign encourages people right across the footballing community to act or make a pledge in the fight against racism, sexism and any other form of discrimination that has manifested itself in the game today.

The LFC Women’s team, along with all other WSL and Women’s Championship teams, started wearing #TakeAStand patches in October 2020.

The LFC Women’s football shirts are available to buy from the official LFC website and all official LFC club shops, and we are happy to announce that the LFC Foundation are set to receive all funds raised from purchases of the #TakeAStand patch, with the funds directly supporting our Inclusion Programmes.

An official club statement reads: Proceeds from the Take A Stand patch are donated to the LFC Foundation, the official charity of Liverpool Football Club. These funds will be used to support their inclusion programmes and encourage more women and girls to participate in sport and football.

LFC Women’s captain Niamh Fahey said: “We proudly wear the Take A Stand badges on our playing shirts and we know our supporters are firmly behind us when we take the knee before our games. It is our way of saying there is no place for racism or other forms of discrimination in our game, and that things must change.”

Get Your Patch Now