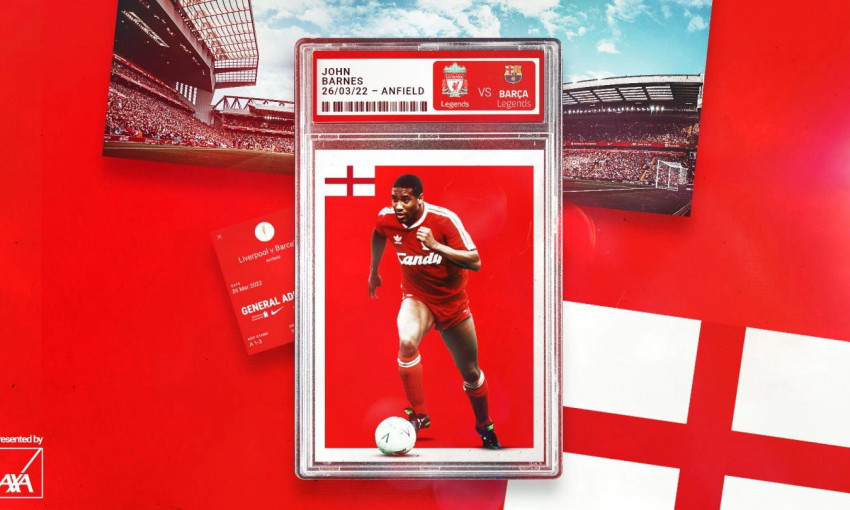 John Barnes has been confirmed as the assistant manager for the Liverpool FC Legends squad set to star at Anfield for charity in March.

A certified legend of Reds history, Barnes lifted two league titles, an FA Cup and a League Cup during a dazzling decade on Merseyside.

One of the most talented and spectacular left wingers the country has ever seen, he later moved into a more central position as he racked up 407 appearances and 108 goals for LFC.

And Barnes will be back as assistant manager when Liverpool FC Legends take on Barça Legends in the LFC Foundation charity match on Saturday March 26.

He will help to lead a team of Reds heroes that includes Daniel Agger, Luis Garcia, Dirk Kuyt, Steve McManaman, Maxi Rodriguez and many more for the 3pm GMT kick-off.

Tickets for the must-see legends fixture are on sale here.