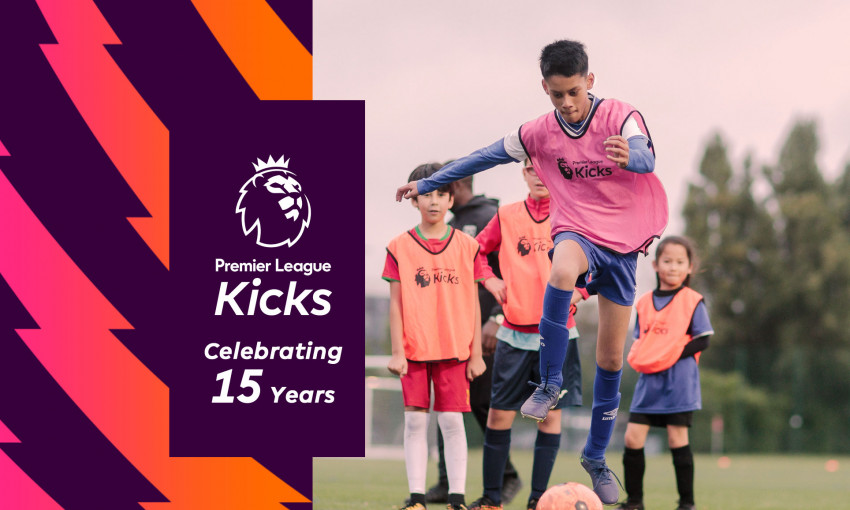 The Premier League is celebrating 15 years of its flagship community programme.

Since it began, more than 440,000 young people have participated in Premier League Kicks football and multi-sport session sheld at community venues across England and Wales.

The programme started with four pilot clubs and is now run across 936 venues by 90 Premier League, English Football League and National League sides–all funded by the Premier League.

Premier League Chief ExecutiveRichard Masters said: “We are proud of the incredible impact Kicks has had on communities up and down the country over the past 15 years. As we mark theanniversary, this is an opportunity to celebrate the local legends who have helped make PremierLeague Kicks what it is.

“The success of the programme would not have been possible without the hard work and passionof club staff, coaches and volunteers working alongside young people at Kicks sessions, week in, week out".

Clubs also run workshops on a variety of social issues, enabling young people to openly discusstopics that affect them, like equality, diversity and inclusion and combatting youth violence and knife crime. The programme also sees clubs work with 36 territorial police forces throughout thecountry–with regular sessions taking place in disadvantaged areas. ThePremier League funds Premier League Kicks and other community programmes through its £100m investment per season in community facilities and community and education programmes.This is the biggest voluntary contribution to communities and other good causes of any football league in the world. 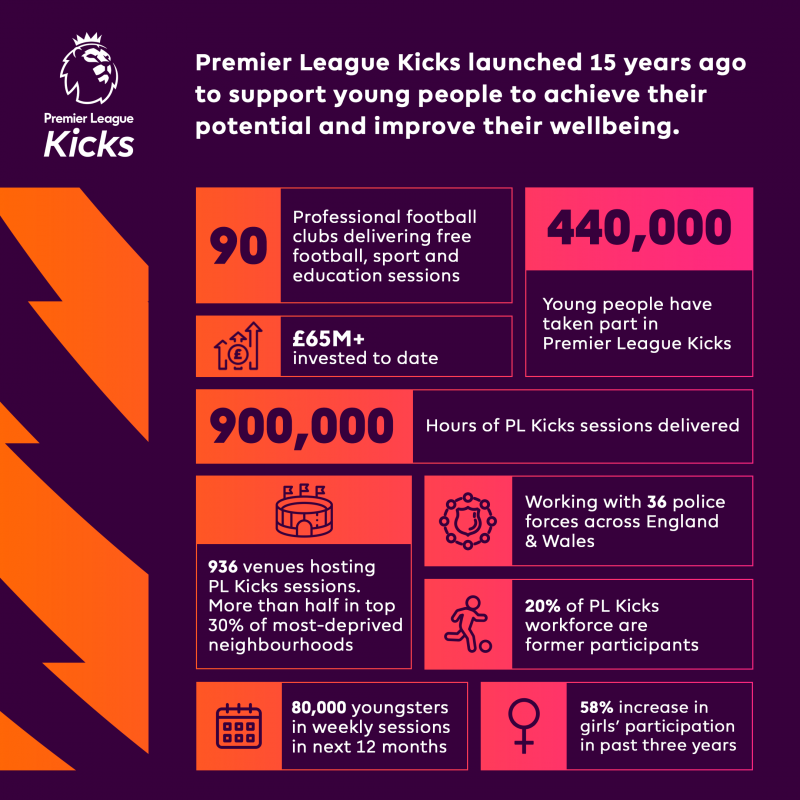 Furthermore, we also run sessions alongside:

PL Kicks is a community football and youth engagement programme that provides structured weekly sessions in some of the most deprived areas within Liverpool City Region. We use the PL brand and the power of the LFC badge to empower young people to take greater control of their lives.

We are able to provide pathways and exit routes into grassroots/semi-pro football, training, education and employment.

Click here to find out more about our PL Kicks Sessions