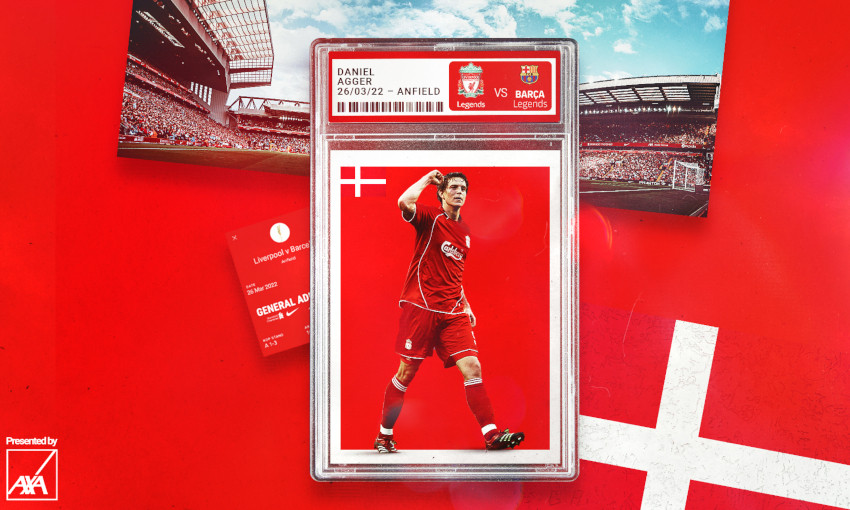 Daniel Agger is the latest star name to be confirmed for Liverpool FC Legends' charity match against Barça Legends at Anfield next month.

The Dane became a huge fan favourite during his eight-and-a-half-year spell with the Reds, which included 232 appearances, 14 goals and one trophy: the 2012 League Cup.

Signed from Brondby in January 2006, Agger was a defender of consummate class, equally comfortable carrying the ball out from the back as stifling opposition attempts to attack.

And supporters will have another chance to see the popular centre-back in action for the club when he returns to Anfield on Saturday March 26 for the LFC Foundation charity match.

News of Agger’s involvement follows last week’s announcement that Maxi Rodriguez will also represent the Reds in the 3pm GMT kick-off, joining the likes of Patrik Berger, Luis Garcia, Dirk Kuyt, Steve McManaman and many more as they take on a team of iconic Barça figures.

Tickets for the must-see legends fixture are on sale here.