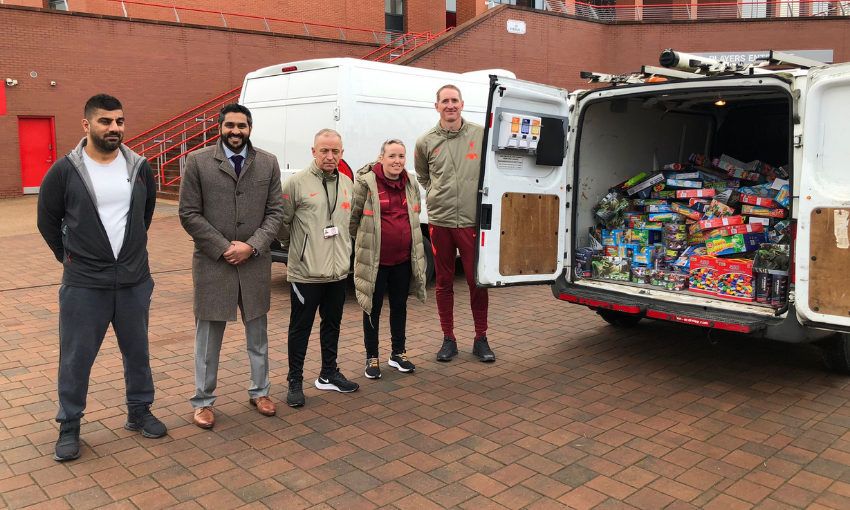 With Christmas approaching Liverpool’s faith, business and community organisations are pulling together to lift people’s spirits, providing essential supplies and gifts to the city’s most needy.

Under the banner “Operation Christmas Magic”, Liverpool Region Mosque Network, have teamed up with LFC Foundation and a range businesses and community groups to deliver 425 packages to help vulnerable people across the city over the festive period. “This Christmas, we didn’t want families to decide between essential items or buying gifts. So we’re providing hundreds of packages of household essentials and toys to bring some smiles to hard hit families at this time of the year. We want to get alongside our communities this Christmas and give joy to those who need it most,” said Tawhid Islam, trustee of Liverpool Region Mosque Network and local business man who came up with the idea.

Few would have thought after nearly two years, we would be still facing a pandemic, but Liverpool Region Mosque Network (LRMNet) is continuing its efforts to support those hardest hit. They have played a key role as part of the city wide response throughout the pandemic, from providing food packages to the homeless to supporting the mass testing and vaccination programmes. It’s been an approach which has brought out the best of Liverpool’s acclaimed community spirit as businesses charities, faith and community groups have come together for a common cause: helping to support people from all walks of life and backgrounds.

With Christmas around the corner, and the city bracing itself for the uncertainty of another COVID variant, LRMnet have joined forces with LFC Foundation and Goggins Transport UK, a local logistics and transport firm to source the goods and arrange for the parcels to get those who need it most in the nick of time. The parcels are being distributed to LFC Foundation 6 distribution sites, Lister Primary School, Micah, Fans Supporting Foodbanks, L6 Community, Greenhouse Project, Northwood Community Centre, Speke, The HIVE, Wirral, Brunswick Youth & Community Centre

Tony Goggins, MD of Goggins Transport UK said: “Community is at the heart of how we run our business. We’re a family owned company and employ a lot of local people so we feel a strong connection with the community. We know many people have fallen on hard times but its about having the networks to help the right help to the right people. When Tawhid (from LRMNet) asked if we wanted to get involved in a “Operation Christmas Magic” with LFC Foundation, we said this is absolutely something we wanted to be part of to provide our trucks laden with gifts instead of Santa’s sledges! I hope we can do more community initiatives like this in the future.” 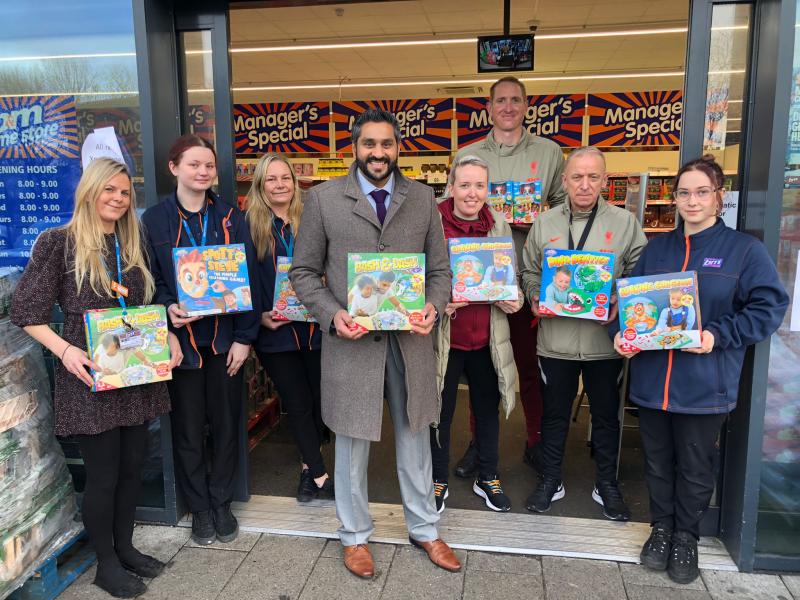 Quote from Liverpool Region Mosque Network Trustee Tawhid Islam: “The city has taken such a big hit during the pandemic: crippling communities and families up and down the city, particularly those from vulnerable backgrounds. As Liverpool Region Mosque Network, we’ve been trying to support people throughout the pandemic and have developed a strong partnership with LFC Foundation who are doing incredible work. What’s really exciting about this Operation Christmas Magic is that it is truly city wide: we’re working with community groups in the North End and youth organisations in the South; as well as faith groups and food poverty charities. I hope we’re able to put a smile on kids faces before they break up for Christmas and let parent’s know there are people out there who care about them.”

The organisations involved in distribution are: