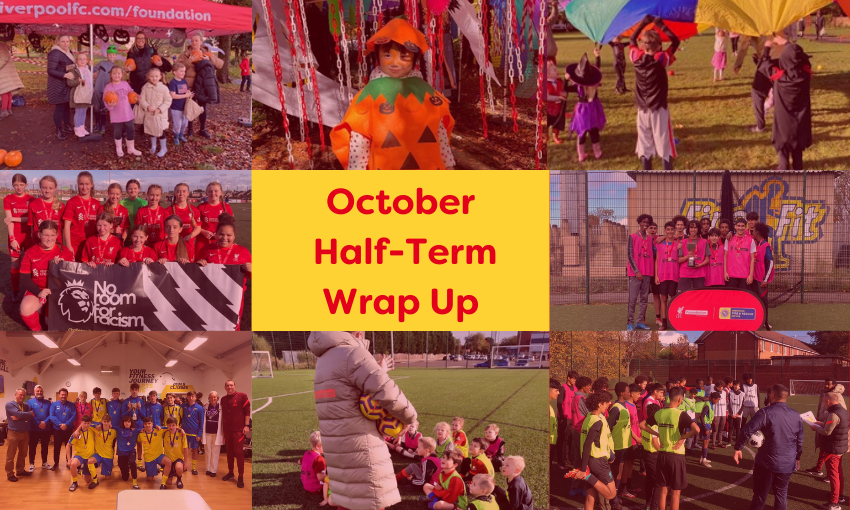 The October half-term was a busy one; take a look at what we’ve been up to!

The LFC Foundation hosted multiple events and workshops throughout the October half-term, aiming to keep participants active. During this period, we had various special guests including ‘Show Racism the Red Card’ and the Merseyside Fire & Rescue Service (MFRS)… look below!

Multiple half-term camps were held in various locations and Community Hubs across the region including the Anfield Sports & Community Centre, Kirkby Leisure Centre, Netherton Activity Centre, Ruskin Sports Village, and the Tiber Football Centre. In total, 734 spaces were booked across these sites. These camps implemented a holistic approach of technical football coaching combined with educational messaging including Black History Month, and a visit from Merseyside Fire and Rescue Service (MFRS) to educate participants around safety during the bonfire period. 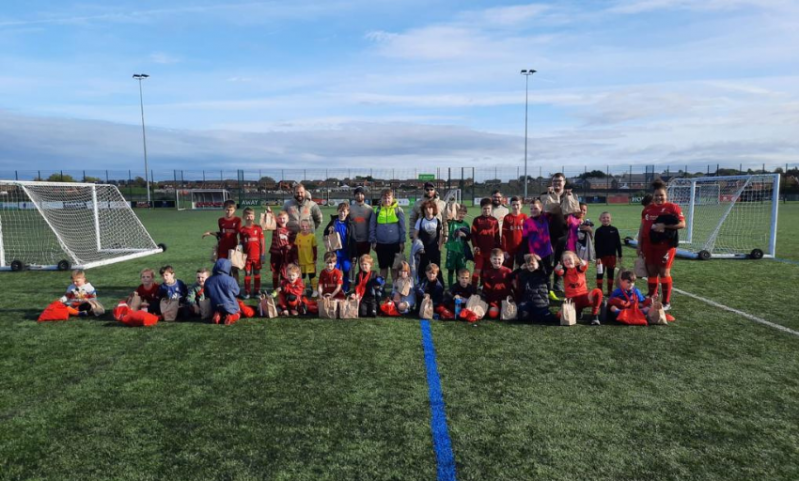 12 regular Premier League Kicks participants from Wavertree were given the opportunity to take part in a series of workshops and sports activities as part of our Kicks Football+ project. The 3-day educational and diversionary programme was delivered in conjunction with MFRS, which is part of a long-established, newly re-launched partnership for #OperationBanger. Football+ uses a range of workshops and activities to empower young people to reach their full potential as well as equipping them with key life skills.

Over the 3 days, participants got involved with plenty of activities, ranging from MFRS workshops, Raft Kayaking, healthy eating with Chef James Holden and a visit to the National Football Museum in Manchester. The final day was in conjunction with ‘Children’s Football Writing Festival 2021’, so there was plenty for the participants to get stuck in with, including the interactive Play Gallery. 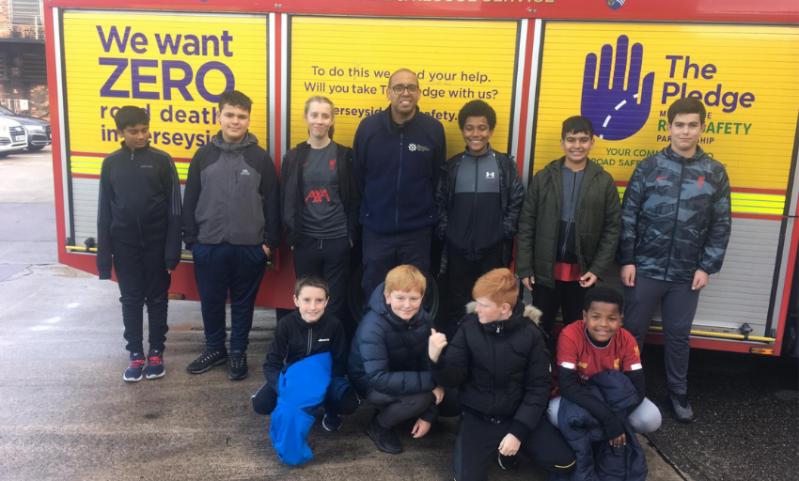 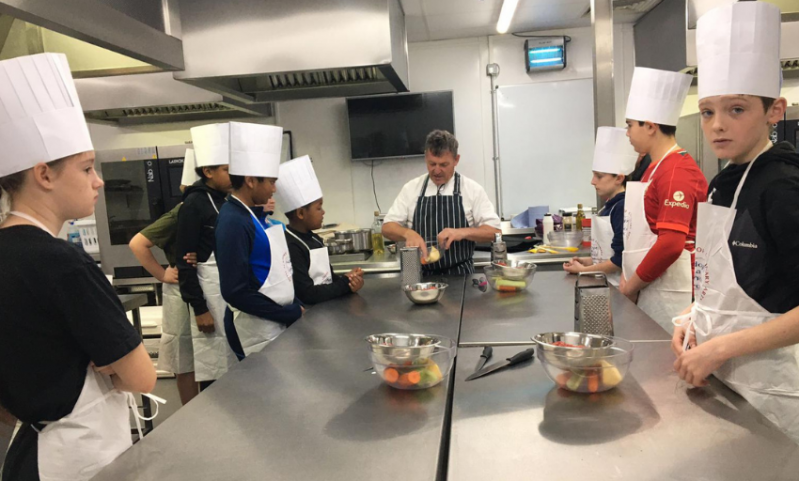 On the 29th of October, over 100 footballers from across the North-West participated in the Roadpeace Cup, at the Jeffrey Humble sports ground in Aintree in an event organised by the LFC Foundation. Roadpeace are a national charity for road crash victims. Representatives of Merseyside Police and Mersey Fire & Rescue Service, Merseyside Police Commissioner Emily Spurrell and Merseyside Road Safety Partnership provided presentations and interactive experiences throughout the day.

Former LFC and England goalkeeper, Chris Kirkland, presented the winning team (Heswall FC) and runners-up (L4 FC) with trophies and medals. Footballer Charlie Fogarty MBE, an inspirational speaker who suffered a severe brain injury after being hit by an overtaking car in 2012 also spoke to the players.

Merseyside’s Police Commissioner Emily Spurrell said: “RoadPeace’s football tournament was a fantastic way to engage with more than 100 young men, who may otherwise have been quite hard to reach, to promote vital road safety messages.

“Young male drivers are still sadly much more likely to be involved in a road crash than other motorists.

“By combining football with educational presentations, Roadpeace, Merseyside Police and our partners were able to really engage with these young men and reinforce the importance of staying safe as drivers, passengers and pedestrians. 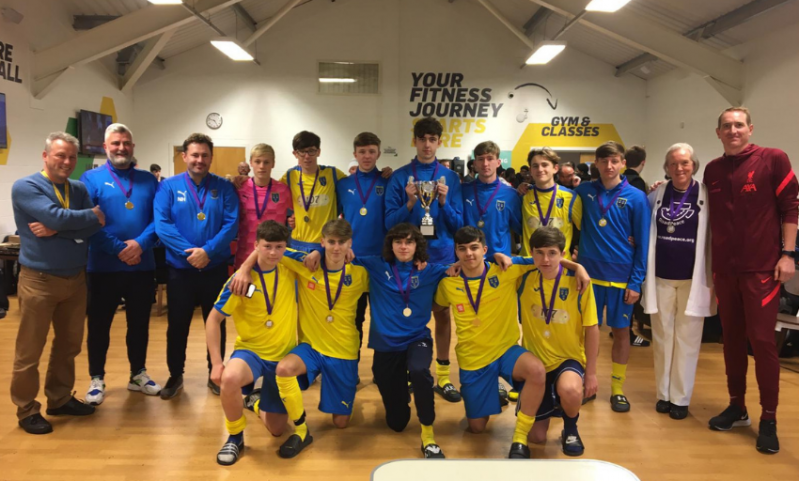 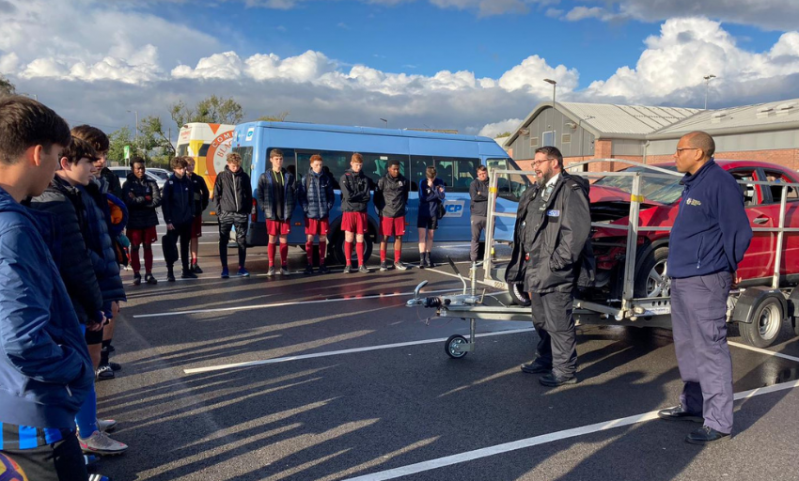 On Saturday 30th of October, 32 young participants aged 14-16 from across South Liverpool visited the Toxteth Firefit Hub for an Intra-Kicks 7v7 tournament. This event was also hosted alongside MFRS to educate and increase awareness for #OperationBanger – a campaign promoting safety during the bonfire period.

John Maddox from MFRS attended and delivered a presentation to highlight the impact and risks associated with firework misuse, attacks on the emergency services and hoax calls. 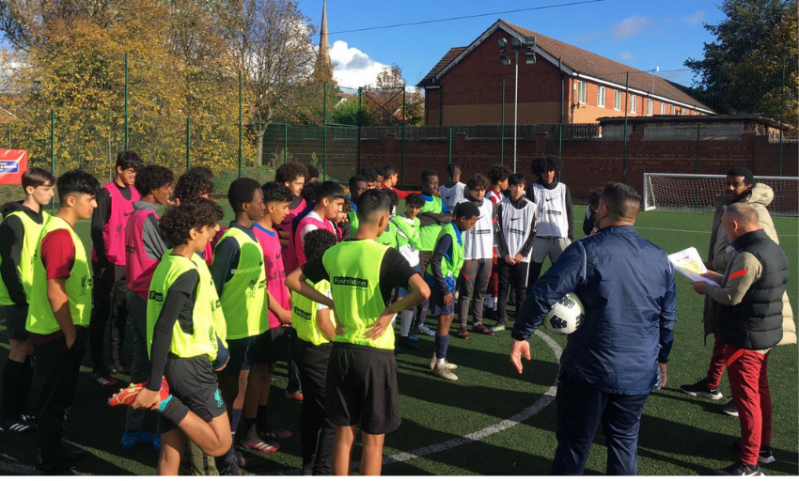 We hosted our 4th annual Spooky Sensory Halloween Walk on Saturday 30th October, in Norris Green Park. The day was a huge success with over 500 young people and families attending and taking part in lots of Halloween fun.

There were all kinds of activities on the day throughout the 1km route. Families were encouraged to visit the pumpkin picking station, to find the perfect one to take home. Our fully inclusive free family programme Go Play! saw lots of parachute games and interactive family fun. Further to this, we created a 10ft sensory tunnel for the families to experience.

Partner club Liverpool Harriers supported the day by creating fun races and athletic activities. This was all topped off by live-music from the St Helens 20-piece Concert Band.

We would like to thank everyone who came down - we had a fantastic day. 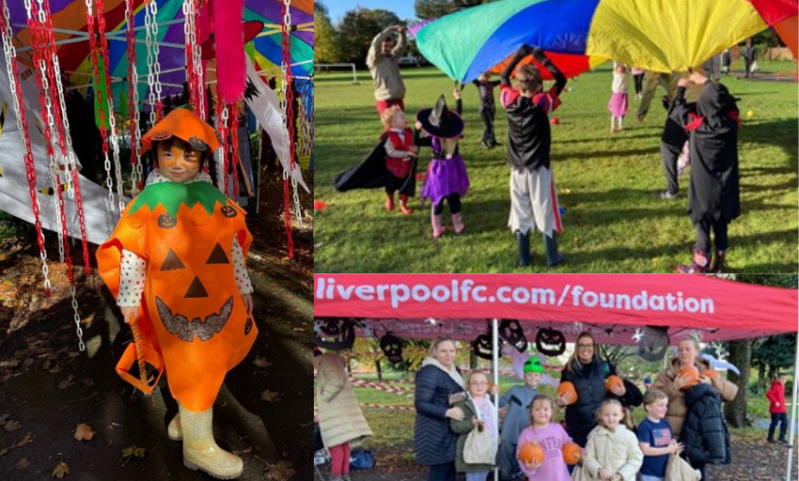 Throughout half-term, our PL Kicks Girls teams hosted a multitude of sessions to keep our participants engaged and active.

Monday’s session included the Black History Month celebratory tournament, where 3 girls’ teams were fielded, these were: Brazil Girls, Huddersfield Town and the LFC Foundation. After a 9v9 round robin tournament, the LFCF girls came out on top! 38 female participants were educated through ‘Show Racism the Red Card’.

Tuesday through to Thursday involved Day camps in Bootle, Formby and Woodchurch, recording a total attendance of 100 participants.

The final day involved a presentation session surrounding Changemakers. 8 participants who had been working on their own social action programme were awarded with a stadium tour at Anfield. After this tour, a mental health workshop was delivered. These participants raised over £500 by travelling the distance of Anfield to Madrid. All proceeds were donated to a local mental health charity. 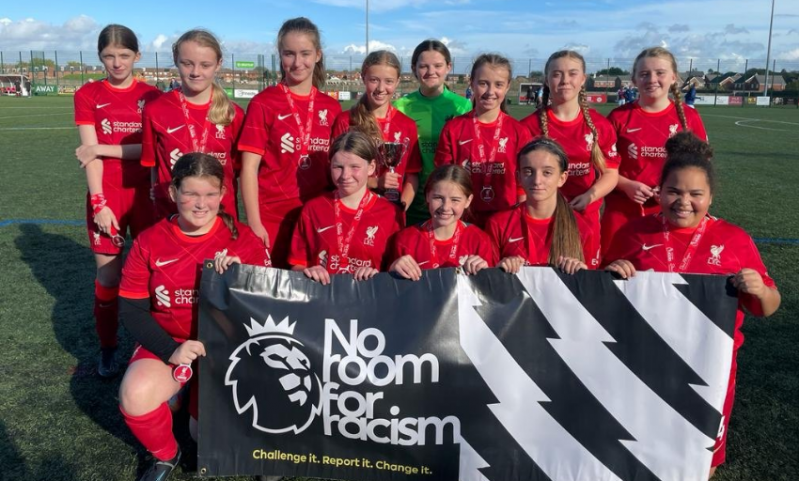 We would love to thank everyone who got involved this half-term; see you next year!