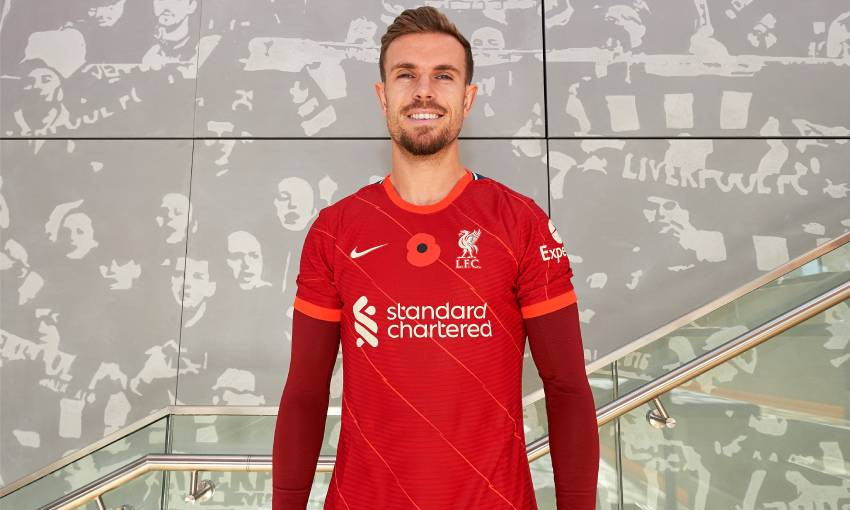 Liverpool FC will show its support for the Royal British Legion’s Poppy Appeal 2021 with men’s and women’s shirts embellished with poppies ahead of this year’s Remembrance commemorations.

All players will sign their poppy jerseys - worn to remember the service and sacrifice of the armed forces who defend our freedom and democracy - and donate them to the Royal British Legion to be auctioned to raise funds for the Poppy Appeal 2021.

The Royal British Legion, which this year marks its centenary, relies solely on the support of the public in order to provide lifelong support for both serving and ex-serving personnel and their families.

A minute of silence will be observed ahead of kick-off at both fixtures, and further support to the Poppy Appeal will be given through an article published in the LFC matchday programme, perimeter LED boards and a Premier League LFC Poppy Pin, on sale in LFC’s online retail store.

One hundred per cent of the proceeds raised from sale of the badge will go directly to the Royal British Legion. To purchase a club-branded pin badge and show your support, please visit https://store.liverpoolfc.com/lfc-rbl-poppy or https://www.poppyshop.org.uk/

The Club will also proudly host service personnel from the RAF and representatives from the Royal British Legion as well as veterans from the LFC Foundation’s Military Veterans programme at Anfield on Saturday to enjoy the game.

Reds captain, Jordan Henderson, said: "As a team it’s with great pride that we wear the poppy shirt, and together show our thanks to those in armed forces and their families for the many sacrifices that they make for us all.”

Niamh Fahey, LFC Women’s captain, added: "After the Liverpool Women's team wore the poppy on our jerseys for the first-time last year, we want to do so again for Remembrance Day. The players and staff are together in supporting this and hopefully the auction attached to it can raise valuable funds for a worthy cause."

To donate to this year’s Poppy Appeal or for more information on the important work of the Royal British Legion, please visit https://www.britishlegion.org.uk