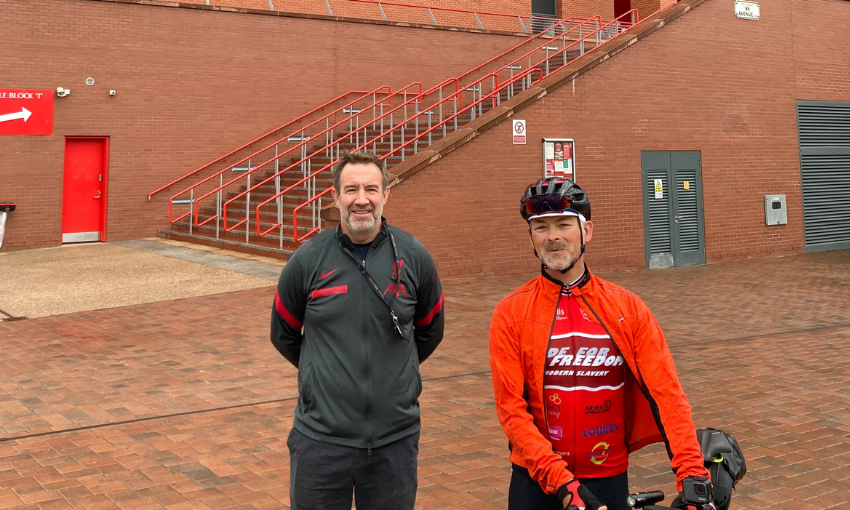 There are more than 40 million women, children and men worldwide in some form of slavery on any given day, according to the Global Slavery Index. The Trafficking in Persons (TIP) 2020 Report notes that “within Europe’s soccer industry alone, it is estimated there are 15,000 human trafficking victims each year”.

Miller, the Ride For Freedom team leader and a human rights advocate, said: “Many of those trafficked in sport are youths. They are lured to Europe by promises of better lives and the opportunity of trials with professional football clubs that may lead to untold riches. It’s an under-reported crime that needs a light shining on it.”

Developed and delivered in partnership with the Centre for International Studies and Diplomacy (CISD) SOAS University of London, and Ardea International, the Tour is engaging with Premier League clubs, local sport and cycling clubs, corporates, NGOs and sports bodies to educate and raise awareness within the communities.

The planned Tour departed and concludes at Wembley Stadium, the Euro 2020 final venue. Cyclists, fans and sponsors will also support the Tour at several Euro 2020 tournament host cities, starting in Munich, Germany, and including Copenhagen, Amsterdam and Glasgow.

The departures from Wembley and Munich, at 9am BST on 27 June, were captured on a live link between Miller and Joerg Walden, CEO of iPoint-systems, the ‘Germany Country Sponsor’ of the Tour. An educational roundtable attended by the Premier League clubs and hosted by Colleen Theron of Ardea International took place on 24 June.

The Tour hit Anfield Stadium on Saturday 3rd July where Matt Parish, CEO of LFC Foundation, met Gordon to support and give words of praise and encouragement for the next leg of his journey. 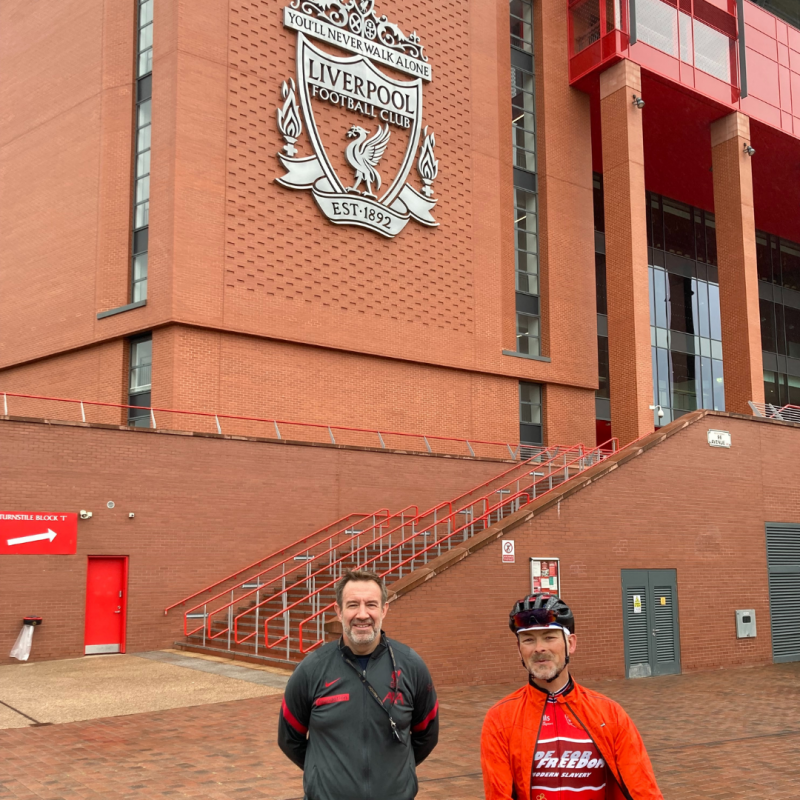 The Premier League & Euro 2020 Cycling Tour will fund-raise to develop Freewheel by Ride For Freedom. Developed in partnership with, Unseen, the national charity that runs the Modern Slavery Helpline, Freewheel empowers survivors – women, children and men – of modern day slavery to cycle.

The Tour is supported by bike manufacturer Orbea, for whom Miller is a brand ambassador, and sponsored by several companies. Be First are the official ‘London Sponsor’, Biffa are the ‘England Country Sponsor’, iPoint-systems are the ‘Germany Country Sponsor’.

“I’m delighted to be associated with these purpose-driven companies,” said Miller. “Their support has enabled the ride to go ahead by underwriting the administrative, logistical and marketing costs to raise awareness to end modern slavery and child trafficking in sport.”

Miller set a Guinness World Record in October 2020 when he cycled 620.5 miles around England to spell the words “end modern slavery’. The verified challenge saw him become the title holder for “the largest GPS drawing by bicycle (individual)”.