Jürgen Klopp named Coach of the Year at BBC SPOTY 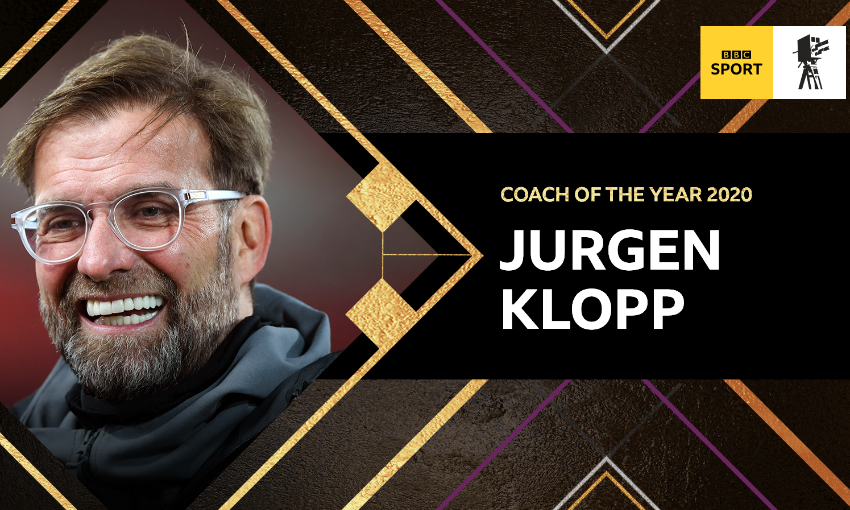 Jürgen Klopp has been named Coach of the Year for 2020 at the BBC Sports Personality of the Year awards show.

The Liverpool manager claims the honour for his achievements during the year that saw the Reds end their 30-year wait for the English top-flight championship.

To win the Premier League in 2019-20, Klopp guided his players to remarkable heights as they secured a club-record points haul of 99.

It's the second prestigious award Klopp has scooped this week, having retained the Best FIFA Men's Coach prize on Thursday.

After accepting this latest award on Sunday night, the boss said: "When the coach of the Team of the Year becomes the Coach of the Year then I had an outstanding team on the pitch obviously.

"Hendo nearly mentioned all of them, but my coaching staff is obviously the main reason why all the things worked the way they work, so I'm really happy.

"Usually you win a prize as a football coach, this time obviously all my contenders were from all different kinds of sports and I never before won something like that. It's really nice.

"On behalf of my coaches, I accept it obviously and take it home to Liverpool. Thank you very much."