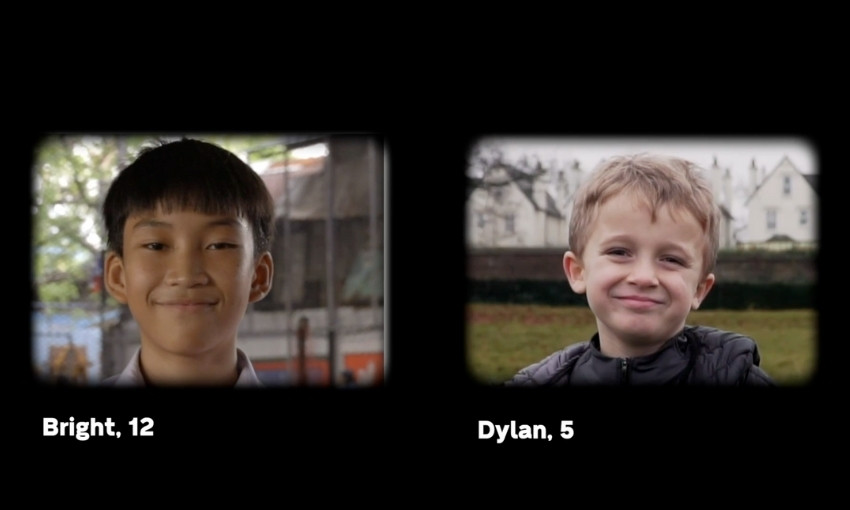 The Reds official charity, LFC Foundation, and global children’s charity Right To Play are working Side by Side, using the power of sport and play to help vulnerable children in Liverpool, Bangkok, and around the world.

In October, to raise awareness and support of the partnership, Right To Play and Liverpool FC Foundation launched a new digital campaign - Side by Side - which featured across the club’s digital channels, and included a video narrated by the Reds manager and LFC Foundation Ambassador, Jürgen Klopp.

The video showed the power of play and sport in action, and aimed to inspire viewers to come together and support the campaign.

Now the LFC Foundation and Right To Play are giving Reds the chance to “meet” some of the children and families that have been helped by the Side by Side programmes, with a special film featuring Bright, a 12 year old from Bangkok, and Dylan, Ellie-Mae and Hayley, a family in Liverpool.

The film showcases the impact of the programmes in Thailand and Liverpool. In Thailand, the programmes focus on working with the most vulnerable children living in urban Bangkok to develop critical life skills, including leadership, self-confidence, communication and resilience. The programmes also build and rehabilitate play spaces to ensure young people have safe, accessible areas to play and learn.

At home in Liverpool, the project builds upon the LFC Foundation’s existing Open Goals programme in Anfield, which provides free multi-sport sessions in local parks to help educate and engage young people in the local area. The partnership with Right To Play is enabling Open Goals to be delivered in more parks and open spaces in areas of need across the Liverpool City Region.

In the film, we meet Bright, a 12 year-old who lives in an inner city Bangkok province with his four siblings, parents and grandmother.

From the age of six, Bright has helped his Grandmother sell food from her food stall. This affected his participation at school and Bright began to fall behind. However Bright began attending Right To Play's programme in Bangkok and his school attendance soon improved.

In October of this year, Bright's Side by Side play space was rehabilitated thanks to the support from DKSH, our Side by Side Thailand partner.

What was once a disused parking lot was transformed into a safe environment for children to play and learn; fully equipped with its own playground and Futsal court.

Now Bright has dreams of becoming a professional Futsal player and become as skilful as his favourite player, our very own Mo Salah.

We also get to see how Side by Side programmes support local families in Liverpool. We meet Dylan (five), Ellie-Mae (four) and Hayley, who have been coming to LFC Foundation sessions for some time.

Mum Hayley reflects on the changes she has seen in her children. She comments that when they first started sessions the Dylan and Ellie were very shy, but that she has seen them growing in confidence, happily joining in and learning new skills every week.

We hear how the park-based sessions bring local communities and families together in a safe and inclusive way, and how LFC Foundation coaches bring the best out of everyone who attends, including the whole family.

As well as driving awareness for the game-changing partnership, the video will seek support from the LFC family to join the Side by Side movement and help raise funds to provide children around the world with the tools and skills they need to overcome the impacts of poverty, conflict, and disease, and become empowered to learn, lead, and succeed.

The need for support is more important than ever in these challenging times as the devastating global impact of the pandemic continues to make children’s lives harder every single day.

Jürgen Klopp, LFC Foundation Ambassador said: “Millions of children around the world are facing adversity and being forced to grow up too fast.

Side by Side gives children the opportunity to rise above their challenges and thrive through the power of sport and play.

“Liverpool Football Club has the best fans in the world - no matter where we live, we’re all part of the Liverpool family and Side by Side we can do anything.”

Right To Play’s partnership with Liverpool FC Foundation has kicked off with joint programmes in Liverpool and Thailand and will expand to include other countries as the partnership develops.

A £5 donation can help children like Bright, Dylan and Ellie-Mae access our Side by Side programmes so they can build a better future for themselves and their communities. Go www.liverpoolfc.com/sidebyside to find out more and make a donation.