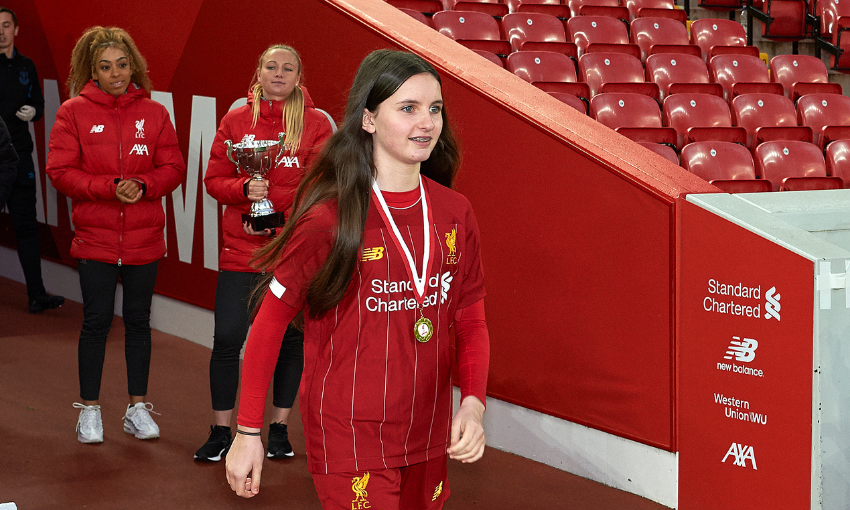 Since starting, Amy’s abilities and skills have developed significantly, fuelled by her determined mindset and consistency in attending every football opportunity thrown her way.

From football training, to football educational camps and workshops ran by the Foundation – Amy is always first to sign up and take advantage of every moment to improve her footballing talent.

Over the years, Amy has represented the LFC Foundation at multiple regional football tournaments. Recently, she was accepted for a second year at Merseyside School Girls - a testament to her hard-work, aptitude and outstanding commitment.

Leah McAteer-Thompson, LFC Foundation Girls Football Lead said: “Amy has been such an amazing recruit to our Premier League Kicks sessions. What stood out when I first seen her play is her obvious natural talent. But her dedication is just as impressive. She is so committed to the game; I think she plays six days a week.

“I’ve loved seeing her grow as a player and hope that one day we will be cheering her on in the Women’s Super League.” 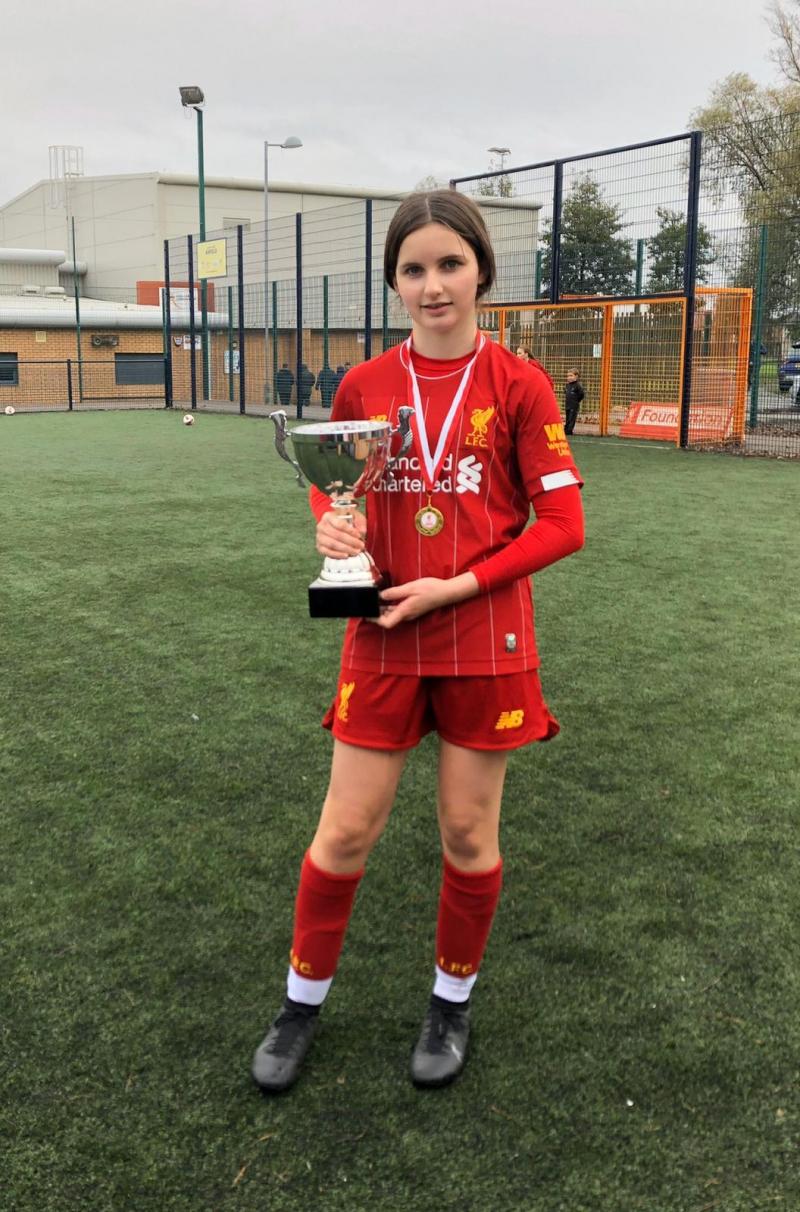 We were able to chat to Amy to find out a bit about her passion for football.

Amy said, “Football helps me keep fit and helps me escape from all my stresses. It’s so much fun, I get to see my friends and because I am competitive, I like to be challenged and ultimately win.

“The Kicks coaches get really involved in the sessions too which makes it more enjoyable and their enthusiasm makes us want to play more.

“In the future, I would love to play professional football - it’s my dream to play on the wing for Liverpool. After that I would like to work with younger people and be a positive role model through sport in a similar way the Foundation coaches have for me.

“My favourite football moment so far was when I was captain of the LFC Foundation team in a tournament, which we went on to win. We were presented with a medal and trophy at Anfield Stadium and my name was called out on the tannoy. It was such an amazing feeling and something I hope to repeat in the future.”