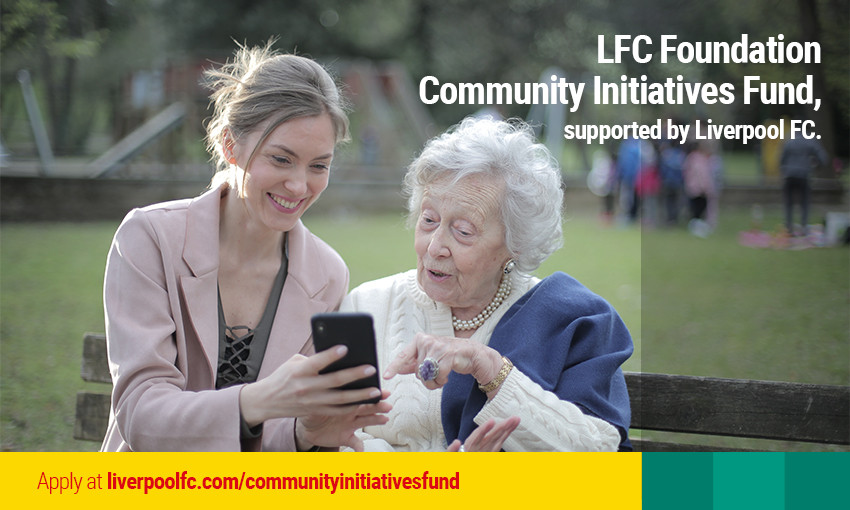 A new community initiatives fund to support projects which benefit the community in and around the Anfield area has been launched today.

The fund created by the LFC Foundation and supported by Liverpool Football Club, is intended to support and assist local groups or organisations who have great ideas to create a lasting project or initiative in the L4, L5 and/or L6 postcode areas within the Anfield and Everton wards.

In April 2019 Liverpool Football Club committed to make a donation to a community grant fund, each time a concert or other major event is held at Anfield Stadium – this fund was specifically for reinvestment into the local area.

To thank the local community for its continued support, LFC’s Red Neighbours team has agreed to match the £30,000 the amount donated, meaning registered charities and other not-for-profit community groups and organisations who meet the fund’s eligibility criteria can apply for a grant of up to a total of £60,000 - which represents the total sum of the 2019/2020 funding pot.

Following on from the community event held at Anfield Stadium in November 2019 and feedback received from local residents and Ward Councillors, the LFC Foundation is now pleased to formally launch the Community Initiatives Fund and invite local groups or organisations to bid for funding that will help to deliver new and exciting projects and help make a positive lasting impact on our neighbourhood.

Andy Hughes, Chief Operating Officer, Liverpool Football Club said: “We would like to thank residents for their continued support and patience with us during concerts and major events we held at Anfield.

“We hope this fund can be used to benefit the community as a whole and we look forward to supporting some fantastic projects and initiatives especially during these challenging times.

Matt Parish, Director of LFC Foundation and Forbes Duff, Senior Manager, Red Neighbours added: “We are pleased to be supporting the club to deliver funds to community groups and organisations who want to truly make a positive impact in their local community and neighbourhood.”

Anfield and Everton Ward Councillors said: “We would like to encourage local groups from the Anfield and Everton wards to apply for the LFC Foundation Community Initiatives fund to help to deliver lasting projects or initiatives that will benefit both wards in the vicinity of the Stadium.

“We know our communities has some fantastic ideas that would truly make a positive impact and it would be fantastic to see some of these come to fruition for residents to enjoy in the future.”

The fund is being managed and administered by the Club’s official charity, the LFC Foundation.