LFC Legends cook up a storm with local children at Anfield 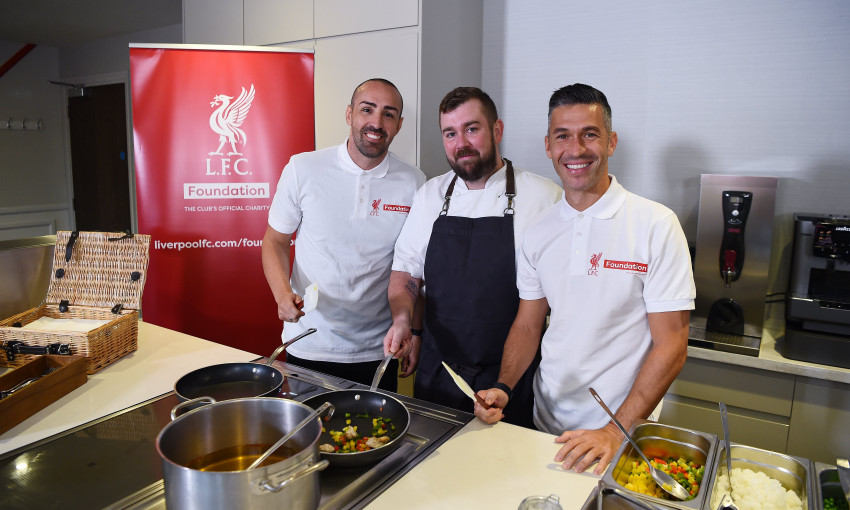 In celebration of next year’s LFC Foundation’s Official Legends game - Liverpool FC Legends Vs Barça Legends - Luis Garcia and Jose Enrique got creative in the kitchen, preparing and cooking a traditional paella with some local children at Anfield.

The LFC legends, who are both confirmed to play in the game, joined Year 7 and 8 pupils from North Liverpool Academy and children from local charities Claire House and Wigzee Woo to cook Spain’s national dish with assistance from a professional chef. 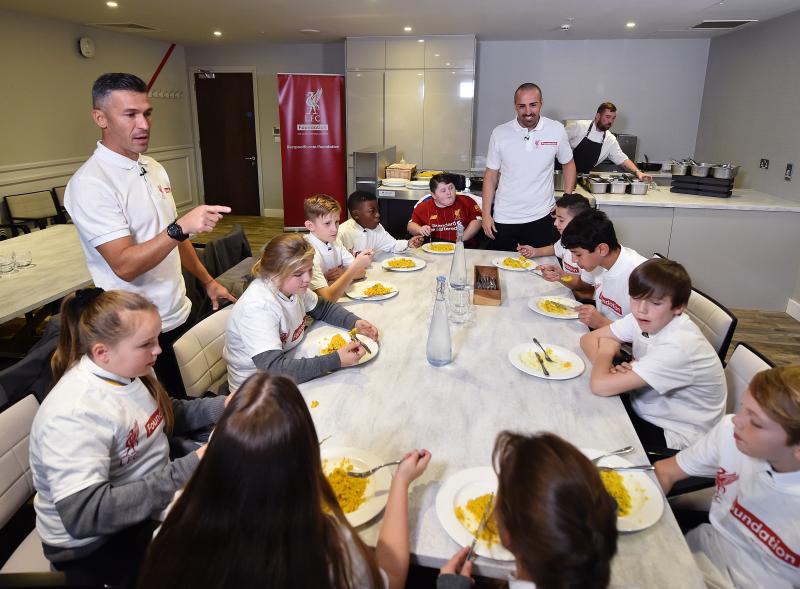 The children helped to cook both meat and seafood versions of the famous dish whist discussing all things football, including the upcoming Legends game. After the cooking was complete, Luis and Jose sat down to enjoy the food with the children in one of the main stand executive boxes.

Luis and Jose will join an array of star players for the Reds, who will take on Spanish giants Barça Legends on Saturday 28th March 2020 at Anfield, in aid of the LFC Foundation. 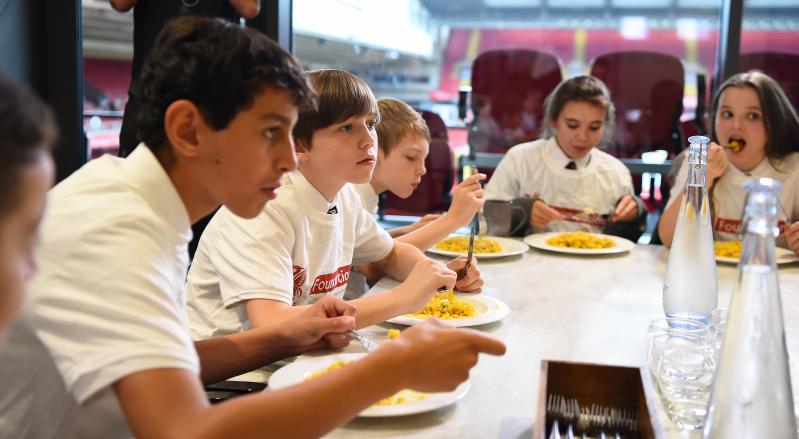 The LFC Legends have a strong line-up confirmed including, Fernando Torres and Fabio Aurelio, who will be playing back at Anfield for the first time, alongside other LFC favorites, Luis Garcia, Patrik Berger, Jerzy Dudek, Jason McAteer and Vladimir Smicer.

Jose Enrique, who will also be returning to Anfield’s hallowed turf for the first-time, said: “It’s going to be such a fantastic experience and I am really looking forward to playing in front of the fans again and for such a fantastic cause.” 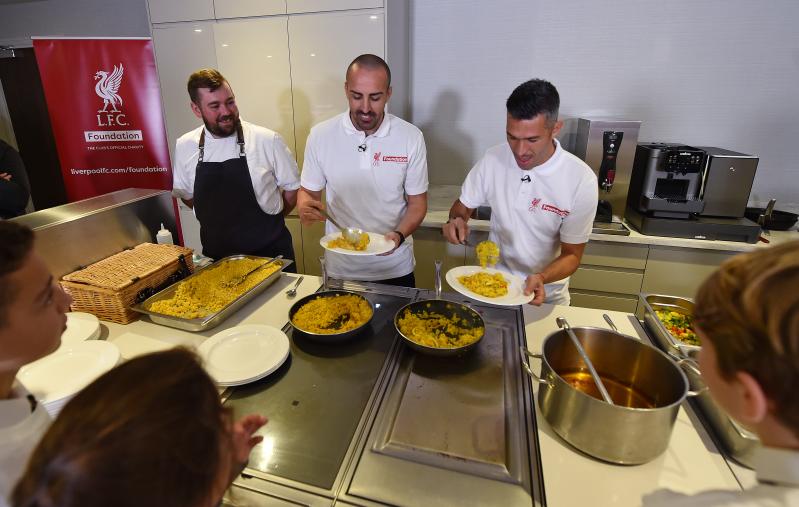 The LFC Foundation delivers a variety of inclusive programmes at North Liverpool Academy in Anfield for pupils to engage in.

Claire House, which helps terminally ill children live life to the full by creating wonderful experiences and Wigzee Woo, which creates handmade crocheted hats for children who lose their hair as a result of cancer treatment, both recently received grants from the LFC Foundation Community Fund. 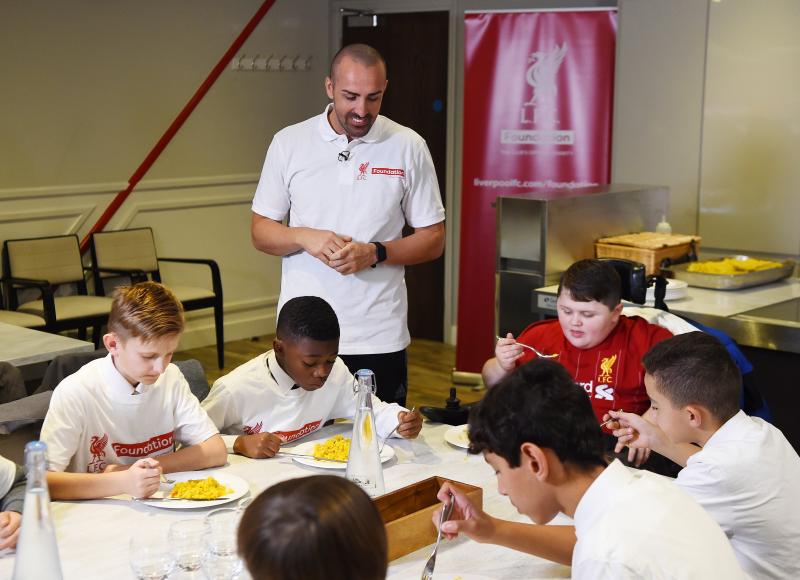 Launched early this year with £100k raised from the Legends game held in March 2019, the LFC Foundation Community Fund provides grants of up to £3k, and more in exceptional circumstances to grassroots charities in Merseyside that support children and young people who are disabled, disadvantaged or suffering from abuse or neglect.

The fund, which is administered and allocated by Radio City’s Cash for Kids, will receive another £100k donation following next year’s Legends game to help continue its support of local charities and community groups.

Tickets for the Liverpool FC Legends Vs Barça Legends game are priced at £25 for Adults, £7 for Juniors and £17 for Over 65’s. Tickets are on sale now and available to purchase online only at https://www.liverpoolfc.com/legends2020. 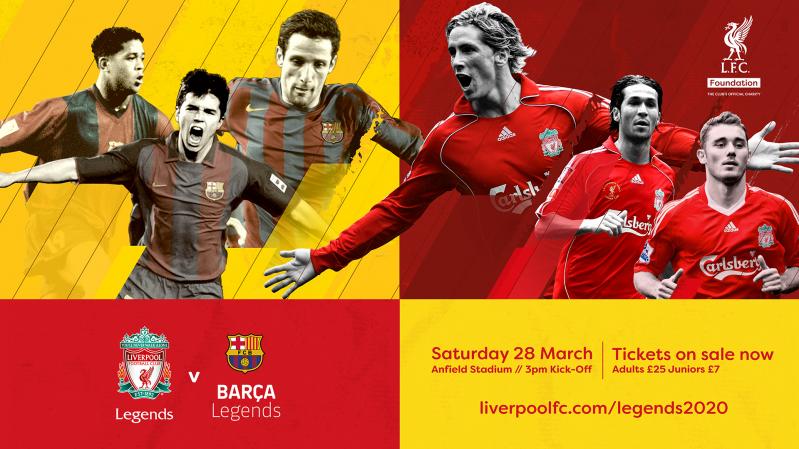