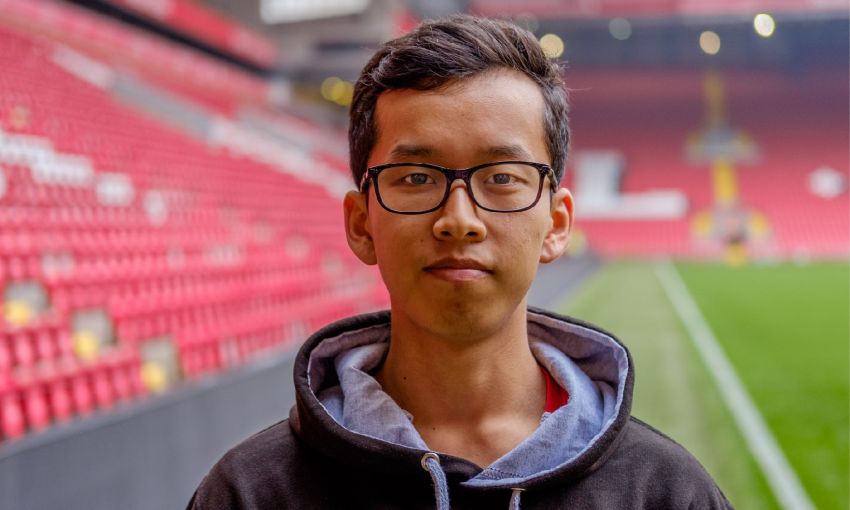 Having studied at LJMU for three years and grown up in Liverpool, Rinchen wanted to learn his new skills in the city that he loves:

“I was born in Nepal and moved to Liverpool at the age of six where I grew up in Wavertree. I chose LJMU as I wanted to stay local, but I also wanted a course more specific to the career that I’d like to go into and I really liked the look of the modules, especially the Mobile and Web Development and UX Design.”

Speaking about some of the responsibilities that Rinchen has been tasked with as part of his course, he said:

“We were asked to create a hospital system which helps clinicians in the emergency department. The app lets staff document patient's medical information along with writing prescriptions.

The patients also have a login which lets them track their medications. We then pitched this to a doctor from Dubai who really liked our application and gave us lots of positive feedback – we ended up getting 93% for this project which we’re really proud of as it could potentially have real-life changes and such a positive impact on the healthcare sector.

The Uni are setting up a trip in March for a week where we're visiting universities and medical centres in Dubai and Abu Dhabi to use this new technology.”

Before starting his studies with LJMU, Rinchen first took a year out from education and gained a full-time job role in engineering, knowing that in future he wanted to go into higher education.

He added: “I realised many jobs asked for an element of ecommerce in their workers. I’ve tried to use this knowledge to gain as many skills as possible and have dedicated my final year project to create an ecommerce website. I’m really proud of the work I’ve done at the University so far and I’ve had a lot of opportunities to keep adding to my CV along the way.” 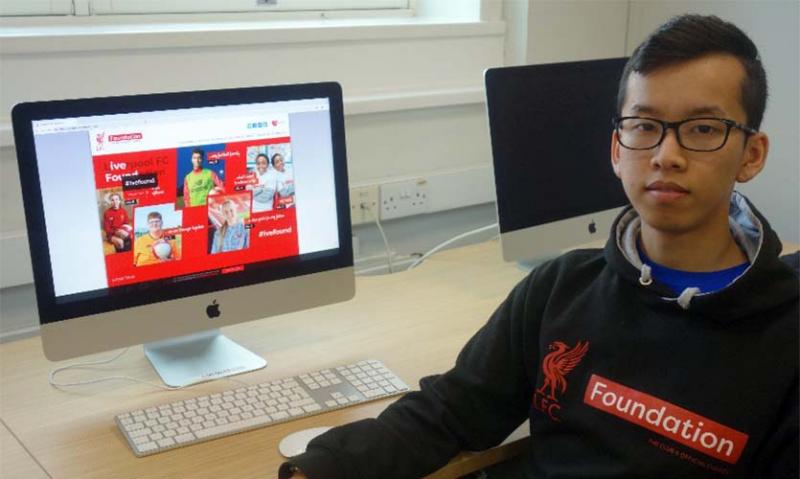 As a side project, Rinchen has been volunteering with the LFC Foundation since the summer of March 2018. Speaking about his work for them, he said:

“I love football and wanted to volunteer, so they perfectly align. I’ve recently been doing more things online for the Foundation through things like styling the website and its content as well as being in charge of its aesthetic and the visual look, to make the website look more professional.”

As well as online work, Rinchen has also helped at their multiple events: “One of the LFC Foundation’s activities for the community is ‘Open Goals’, which are free weekly multi sports and activity sessions in local parks for children and families, so I was really proud to be a part of this and help out any way that I could.

Everything I do for the LFC Foundation is pretty much different, for example, one of the things I was also involved with was the ‘Winter Wonderland Walk’

Over 350 people headed to Stanley Park, close to Anfield, for a day of winter-themed fun led by LFC Foundation coaches which was fantastic to be involved with. I had my own stall and taught kids about being environmentally friendly by getting them to recycle plastic waste.”

If you’re interested in gaining web development skills, take a look at what computing courses you could study at LJMU.

Interested in volunteering? Take a look at opportunities to volunteer while at LJMU.