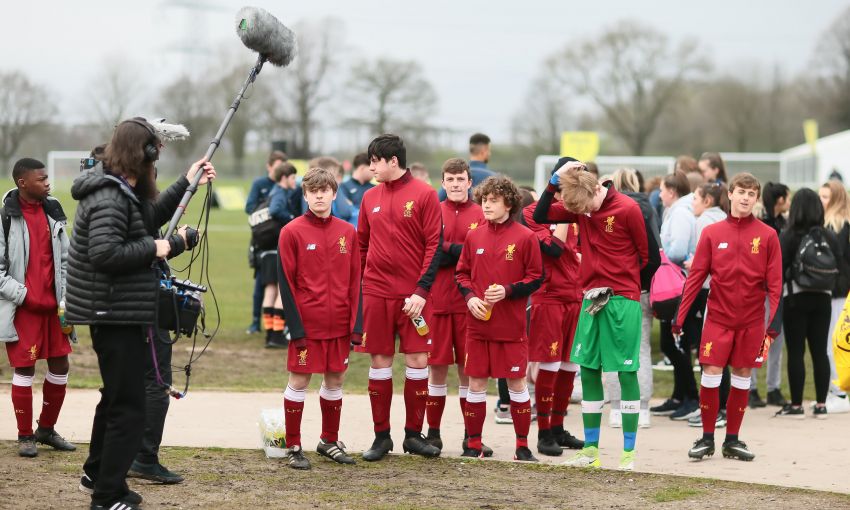 The Premier League Kicks Cup, held this year at the University of Manchester Sports Ground in Wythenshawe, saw boys and girls U16s sides compete on behalf of Liverpool FC for a chance to lift the 2018 Kicks trophy.

A thrilling quarter-final penalty shoot-out saw the end of the boys’ journey, while the girls left the competition at the group stages - yet there were many positives for both groups to take from the day.

Tony Cosgrove, PL Kicks project lead, said: “Both sets of players thoroughly enjoyed the tournament and their attitude and behaviour throughout was impeccable.

“Through the PL Kicks programme we engage with many young people across the city and our weekly football sessions encourage an active and healthy lifestyle while highlighting the importance of positive life choices.

“Regular fixtures and tournaments, such as the Kicks Cup, attract more young people to the programme and can lead to pathways in both grassroots and semi-professional football.

Premier League Kicks is now in its 12th year and is delivered by 69 professional clubs across the Premier League, Football League and National League.

The LFC Foundation runs weekly football sessions across Merseyside and has formed a number of development teams which operate from Anfield Sports and Community Centre.

For more information on the PL Kicks programme, click here.