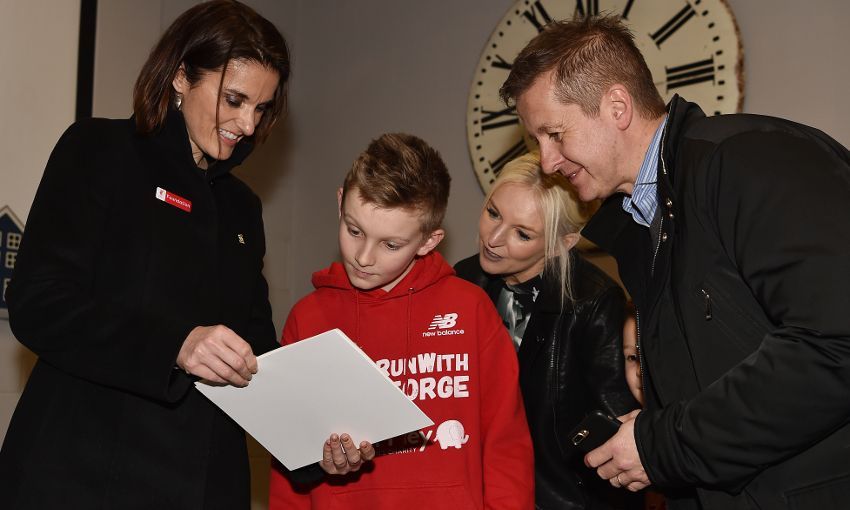 The LFC Foundation presented local youngster George Mathias with the Points of Light award, on behalf of the Prime Minister at a special ceremony in Anfield on Wednesday.

The young Reds fan set up ‘Run With George’, a fundraising campaign in aid of Alder Hey, after his younger brother James received life-saving treatment at the Liverpool hospital.

Alongside celebrities and leading sports figures, including LFC legends Steven Gerrard and Jamie Carragher, George embarked on a series of one-mile sponsored runs - raising a remarkable £55,000 and counting.

Andrea Cooper, head of LFC Foundation, presented the inspirational 11-year-old with a personal letter from Prime Minister Theresa May - alongside a special LFC shirt - at Anfield Sports and Community Centre, where George held his very first run back in 2017.

George said: "I am so honoured to receive this award from the Prime Minister.

"I really enjoy raising money and trying to inspire other people to take up running, so to receive this award is more than I could have dreamt of.

"I would like to say thank you so much to the Prime Minister for choosing me for this amazing award, and she is always welcome to join me on a run!"

The Points of Light award recognises outstanding volunteers who are making a change in their community and inspiring others. Each day, someone, somewhere in the country is selected to receive the award to celebrate their extraordinary achievements.