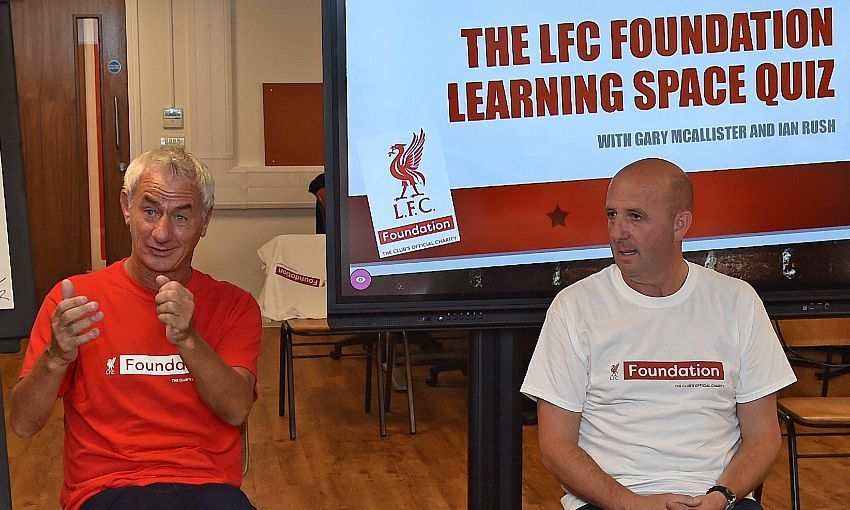 Club ambassadors Ian Rush and Gary McAllister joined a group of young students to unveil the facility, which aims to support the education and employability of local youngsters.

Rush said: “It was great to see the Foundation’s new Learning Space and the fantastic new facilities on offer. The interactive screen and tablets were really impressive and lots of fun.”

Young people from All Saints Catholic Primary School and the Foundation’s Leadership Through Business and Sport programme got to grips with the raft of new and interactive technology the LFC Foundation Learning Space offers.

More than 350 children and young people will access the new space each year via the Foundation’s Premier League Works and Enterprise programmes, with many more taking part in interactive workshops through partner schools and the Premier League Primary Stars scheme.

The refurbishment of the Kop-end space, which was previously known as Reducate, was funded by money raised by the LFC Foundation across last season, including the official legends charity match that took place in March. Reducate existed as an educational space within Anfield for over 17 years, following its launch in 1999.

Andrea Cooper, head of LFC Foundation, added: “Our new Learning Space is very impressive and will provide a safe, creative and inspirational environment for our participants and the local community to focus and learn within.

“We will be delivering a series of educational and practical programmes within the new space alongside organisations such as the Department for Work and Pensions, Job Centre Plus and the Premier League and to engage with as many children and young people as possible.”