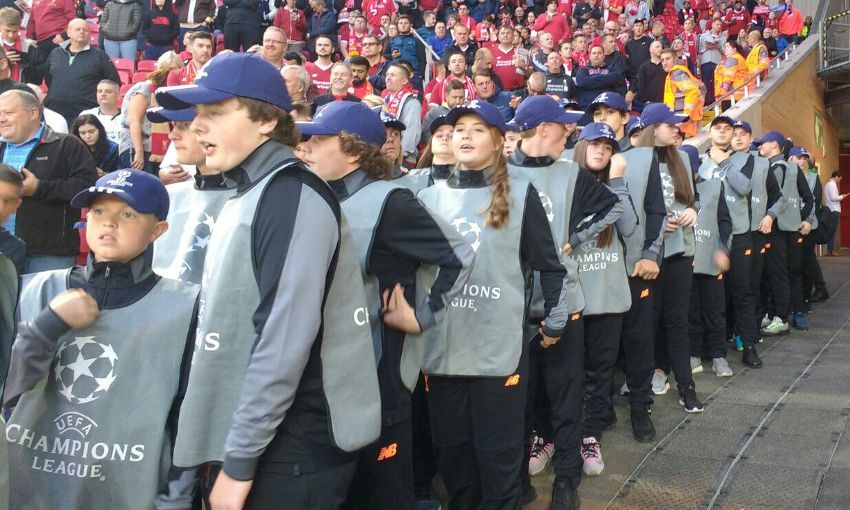 A host of special community activities took place at Anfield on Wednesday night as Liverpool beat Hoffenheim in the Champions League.

40 local youngsters from the LFC Foundation’s Premier League Kicks programme had the honour of walking out onto the pitch ahead of kick-off to hold the Champions League flag.

More than 30 local youngsters from the same project run by the club’s official charity and summer football camps were invited to enjoy the game – which the Reds won in style 4-2 – inside The Beat Lounge.

Red Neighbours invited 22 local young fans to be mascots for the crucial play-off tie, including four children from the Owen McVeigh Foundation, who were given a pre-match pep talk by the club’s CEO, Peter Moore.

And children from Chics – Children’s Cancer Support charity – and KIND, a charity supporting disadvantaged children and families across Merseyside, were invited to watch the match from an executive box in the Main Stand, thanks to donations from the club’s partners.