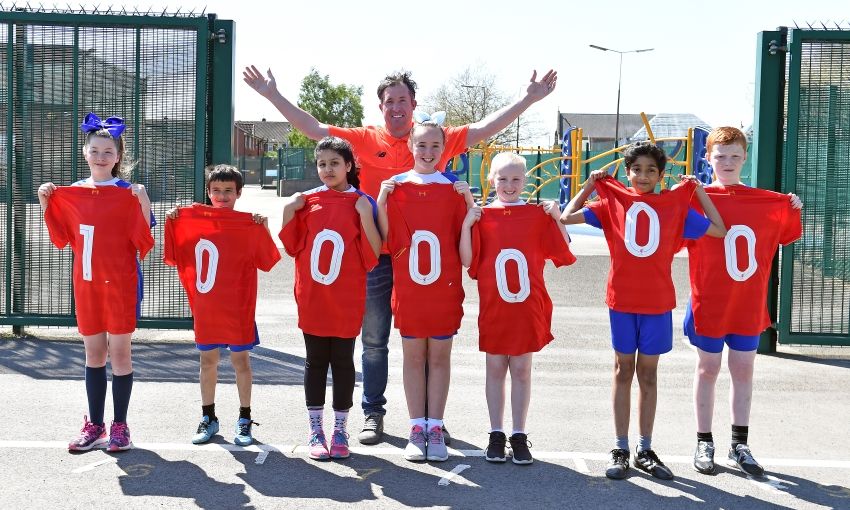 The Liverpool FC Legends took on Real Madrid’s Legends at Anfield on Saturday March 25, 2017 in a rematch of the Corazon Classic.

The match saw the Reds Legends reign supreme by beating the Real Madrid Legends 4-3 in a thrilling clash in front of a 54,000 strong, sell-out crowd.

Captain of the Reds Legends, Steven Gerrard, made his highly anticipated return to Anfield and contributed to the score line with fellow legends: Robbie Fowler, John Aldridge and Michael Owen.

Fernando Morientes, Edwin Congo and Ruben De La Red scored for the Real Madrid Legends and secured a nail-biting end to the game.

Over 450 tickets for the game were issued to LFC Foundation participants and 200 tickets were given to its charity partner - Alder Hey Children’s Charity to enable patients and their families to attend the match.

In addition to this 13 schools were given a once-in-a lifetime experience to experience the match in a box, 32 centre circle flag bearers, 11 ball boys and ball girls and 20 half-time activity participants were from a range of LFC Foundation programmes.

The game, which was watched over four million times by fans via Facebook, LFC TV and LFC TV Go, also saw match sponsor NIVEA MEN deliver digital firsts - providing a live stream of the game on Facebook to 3.9 million fans as well as live in game LED Man of the Match voting.

100% of the proceeds raised from the game will go directly to the LFC Foundation to help support its programmes and partnerships to help make a real difference to the lives of children and young people.

At the end of the year, the LFC Foundation will allocate funds across its programmes and partnerships.  For 2016/17, in addition to its own programmes, funds will also be allocated across its three charity and non-profit partners; Alder Hey Children’s Charity, University of Liverpool & INTO University and the Liverpool School of Tropical Medicine.

Andrea Cooper, Head of LFC Foundation, said: “On behalf of the LFC Foundation I would like to thank everyone who supported this game – our supporters, the Legends, our charity matchday sponsors, the Club and all our staff. This helped us to deliver a truly fantastic day to remember at Anfield and raise a huge amount of money.

“The LFC family can achieve so much as a collective and the ongoing support and generosity we receive will enable us to improve the lives of many children and make a real difference.”