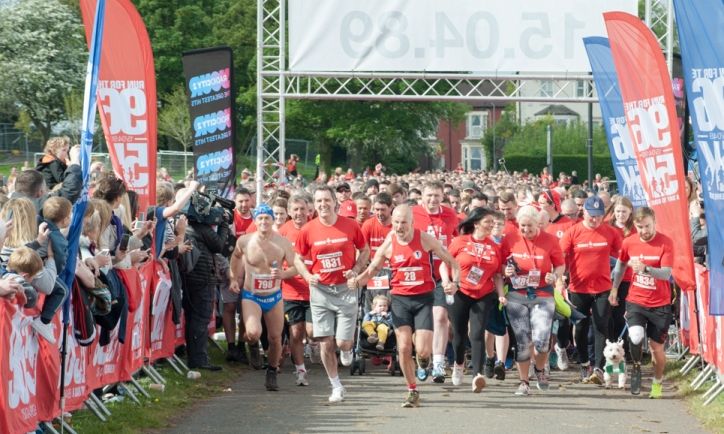 Liverpool FC fans are being encouraged to pull on their trainers and take part in a special 5K fun run in Stanley Park next month.

Liverpool FC fans are being encouraged to pull on their trainers and take part in a special 5K fun run in Stanley Park next month.

Run For The 96 returns for a third year on Sunday 14 May, with the LFC Foundation being an official charity partner of the event.

The event was created in 2015 by Dom Williams to celebrate the lives of the 96 Liverpool fans, who were unlawfully killed in the Hillsborough tragedy on 15 April 1989. The day also remembers the families of The 96 and the survivors, who have since tirelessly fought for justice with dignity.

The aim of Run For The 96 is to stage a community legacy public event as a positive way to remember The 96, while encouraging participants to fundraise for the official football club charities of Everton and Liverpool.

Last year’s event raised £11,252.78, which was split equally between the LFC Foundation and Everton in the Community.

This year’s event will again see Reds and Blues run side by side in the 5K run, which starts at 9.30am. And new for this year is a 1 Mile fun run, with lots of family activities taking place alongside the running events.

A third beneficiary joins the two football club charities this year to further strengthen the community aspect. Stanley Park Liverpool CIC is an organisation working to develop links between the park and the local community.

Run For The 96 has the support of the Hillsborough Family Support Group (HFSG) Chairman Margaret Aspinall, who attends each year.

Andrea Cooper, Head of LFC Foundation, said: “The LFC Foundation, the official charity of Liverpool Football Club, is once again delighted to be partnering this fantastic event. It’s a great to see the whole footballing community pull together to help raise vital funds for charity and of course to remember the 96. I’m dusting off my trainers this year and am looking forward to running alongside the Reds and Blues taking part.”

You can set up your own fundraising page or make a charity donation at http://uk.virginmoneygiving.com/RunForThe965k

The Run For The 96 5K and 1 Mile entry fees pay to stage and deliver all aspects of the event. All participants receive a commemorative T-shirt worn for the run, a medal and goody bag.

Enter online at http://www.btrliverpool.com/run-for-the-96-enter or call into BTR at 82 Market Street, Hoylake.