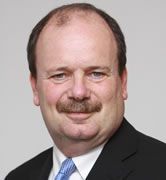 Gavin retired from Standard Chartered Bank in 2012 after a career with them spanning 37 years. His most recent role was Group Head of Corporate Affairs based in London in which he was responsible, amongst other things, for the management of the Bank's brand and sponsorship activities.

Gavin was actively involved in the Bank's CSR activities as lead on Nets for Life, an initiative to defeat Malaria, and a board member on the highly successful ‘Seeing is Believing’ sight programme. 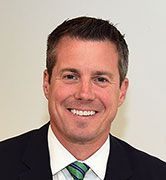 Billy joined Liverpool FC in 2012 and held a number of senior roles before being appointed as Club’s Chief Executive Officer in September 2020.

Prior to joining LFC, Billy was Managing Director for Fenway Sports Management (FSM), which consisted of securing high-level sponsorships for the Boston Red Sox, including the strategic development of an impressive client roster of leading national brands such as LeBron James/LRMR Marketing & Branding, Boston College Athletics, and PGA TOUR event, the Deutsche Bank Championship. 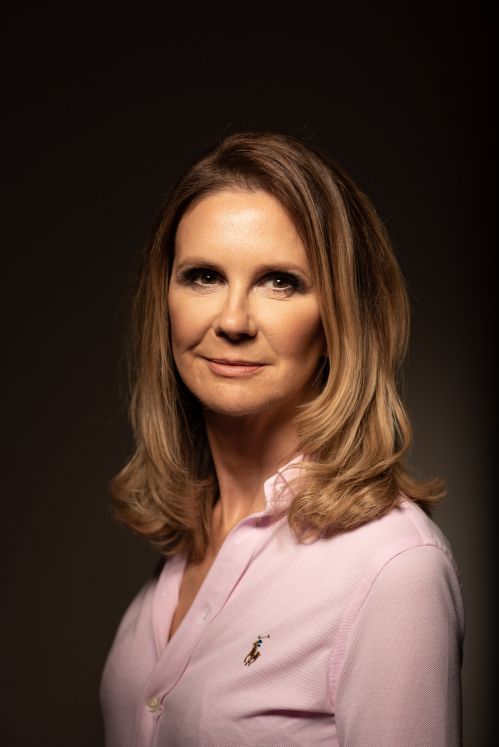 Susan joined Liverpool FC in 2011 and is the Director of Communications.  She has over 20 years’ experience in the telecommunications, technology and global management consultancy sectors.

She leads a team that is responsible for managing the club’s strategic communications function – this includes club and football media relations; issues and reputation management; public relations and employee communication

Susan holds a Masters in Communications (MSc) and Post Graduate Diploma (PgDip) from Queen Margaret University in Edinburgh. She is a Member of the Chartered Institute of Public Relations. 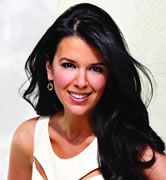 Linda Henry is the CEO of Boston Globe Media Partners, which includes The Boston Globe, boston.com and STAT News.

She co-founded and chaired HUBweek, a civic collaboration between the Boston Globe, Harvard University, Massachusetts General Hospital, and MIT that explored the future being built at the intersection of art, science and technology.

Linda is also a partner in Fenway Sports Group, a four-time Emmy-award winning television producer, the founder of GlobeDocs Film Festival, and a co-Guinness World Record Holder. Linda serves as a director of the Red Sox Foundation, is a Trustee of the Liverpool Football Club Foundation, Chair of the Boston Globe Foundation, and Chair of the John W. Henry Family Foundation.

In addition, she is a founder of the Boston Public Market, serves on the boards of The Engine at MIT, The Women’s Foundation of Boston, The Shorenstein Center, and the BC CEO Club as well as serving on many advisory boards, including MassChallenge and Solve @ MIT. She received her Bachelor of Science Degree from Babson College, her Masters Degree in Real Estate Development from MIT, and a Masters in Public Administration from Harvard Kennedy School.

She received an Honorary Doctorate of Laws from Babson College in 2019. 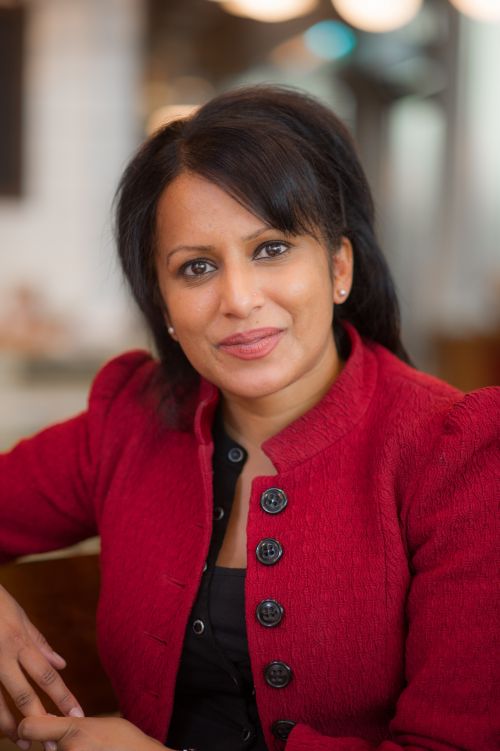 She has previously worked for the European Commission, the City of London Corporation, a professional membership body representing retail real estate and a global engineering foundation.  Having worked at local, national and international levels and across a breadth of sectors, through evidence-based research and policy, alignment with UN Sustainable Development Goals, and Environmental, Social and Governance (ESG) principles, Davinder has led and engaged experts and government to deliver works of impact, and positive change.

She holds separate non-executive positions as a Trustee of The Laurel Trust – a charity that supports the learning experiences of young children from vulnerable backgrounds, with a particular focus on deprived communities.  A second Trusteeship is with a national sports charity, The Golf Foundation, that provides life changing opportunities by instilling life skills for young people through the power of golf.  She is also a Trustee and Fellow of the Royal Society for Public Health (RSPH); the world’s oldest public health body.  Davinder is also a Committee Member of the British Paralympic Association’s Social Impact Working Group, and a Fellow of The Royal Society for Arts (RSA).

As a Trustee of the Liverpool F.C. Foundation, combining this experience through education, health and sport, can enable the delivery of needed programmes leading to sustainable and societal impact – especially projects that can make a real difference to young people’s lives. 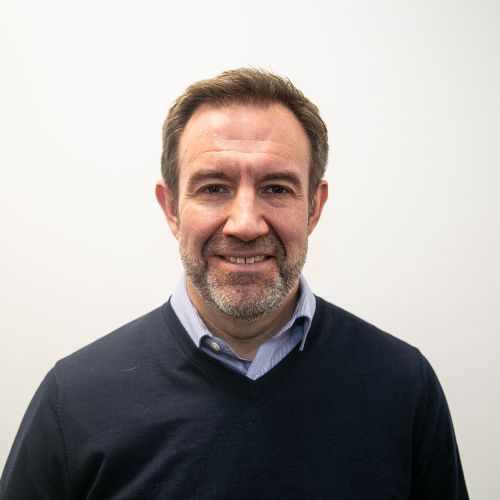 Matt joined the LFC Foundation in March 2019 as Foundation Director and is responsible for leading the charity and its Executive Team.

Having started his professional life as a PE Teacher in South East London, he has over 20 years’ experience in sports and community development having previously worked at Charlton Athletic Community Trust (CACT) and Burnley FC in the Community (BFCitC), two of the leading football club charities in the UK.

As Chief Operating Officer at CACT and Director of Education & Inclusion at BFCitC, Matt led on the development of numerous innovative programmes including being commissioned to run local authority youth services, and alternative education provision for young people at risk of exclusion. 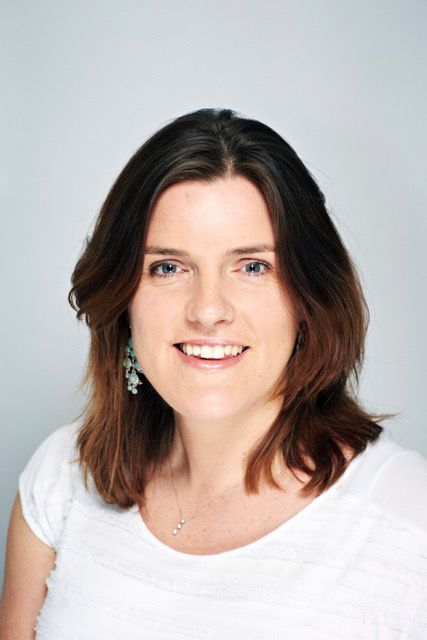 Laura Weston joined the LFC Foundation's Board of Trustees in August 2019. She returned home to Liverpool after spending 20 years in London working in leading communication agencies.  She spent 12 years at Iris Worldwide latterly as a partner and Managing Director of its sports and entertainment division.  She headed up award-winning campaigns for brands including adidas, The FA, Samsung and Ebay.

Laura is currently leading international communications for Californian-based electric vehicle company Rivian. The company has just been named in Time Magazine’s Top 100 Innovative Companies and has been pinpointed as a company to watch due to its strong values, sustainability credentials and cutting-edge products.

A long-time advocate of women in sport, Laura also sits on the board of leading charity the Women’s Sport Trust.  She was one of the architects of ‘Unlocked’ its pioneering programme for elite female athletes which aims to help supercharge sportswomen’s influence and helps them amplify their voices on the issues they care about. 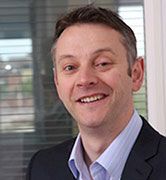 Simon is a GP in South Liverpool and a former Chair of NHS Liverpool Clinical Commissioning Group. After qualifying as a doctor in 1998, and then a GP in 2001, Simon has worked in a number of roles including Chair of Liverpool Matchworks Practice Based Commissioning Group and he continues to be a passionate supporter of and advocate for the NHS and public services designed around what a community needs.

He is currently the Community Clinical Lead for the Digital Programme at the Royal Liverpool Hospital and Clinical Development Lead for Capacity, The Public Services Lab. In his spare time, when not watching his beloved Reds, Simon keeps himself busy with two energetic young sons and his developing mid-life crisis with local band Off The Pier. 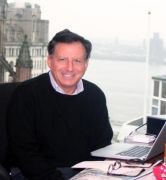 Thomas Werner has enjoyed a prominent career in both the sports and entertainment world for many decades.  Mr. Werner is Chairman of Liverpool FC and the Boston Red Sox.  He was instrumental in establishing and overseeing the Red Sox Foundation, America’s largest sports team charity.

Under Mr. Werner and John Henry’s guidance, the Foundation has committed more than $94 million to fund charitable causes and programs throughout New England.  As Chairman of the Foundation, he spearheaded the creation Home Base in partnership with Massachusetts General Hospital, a program that provides world-class care to treat the “invisible wounds of war” to Veterans and their families.

Mr. Werner has been recognised and celebrated with numerous awards for this philanthropic accomplishments.